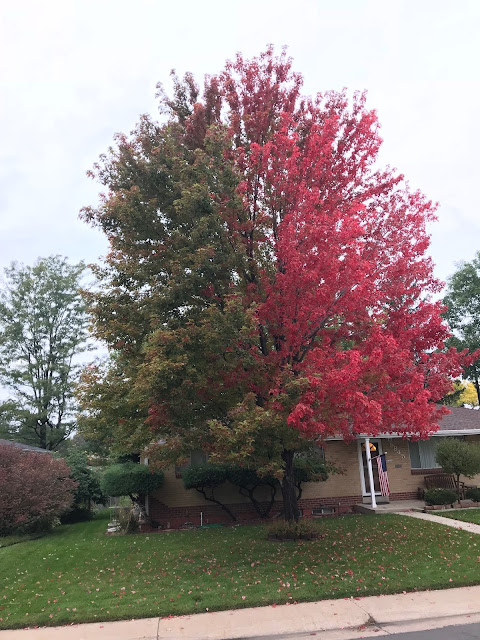 Monday was pretty rough. I woke up to hear about a guy who shot up a country music concert in Las Vegas and killed over 50 people then that afternoon came news that Tom Petty had a heart attack and died. Bummer of a Monday, so when I awoke Tuesday, I needed to run to get some of the icky feelings out.

Today's photo comes from a pretty wacky tree that is half bright red and half green right now. I'm not sure I've ever seen a tree quite so oddly colored. I liked it. 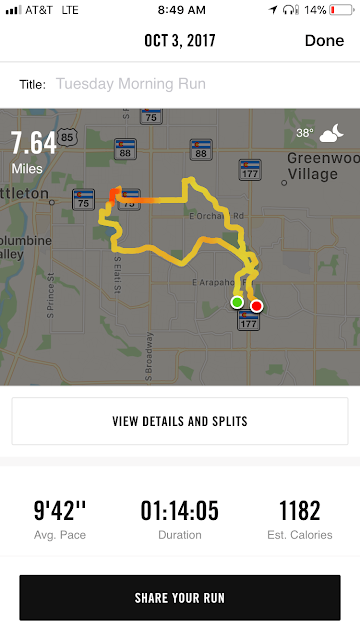