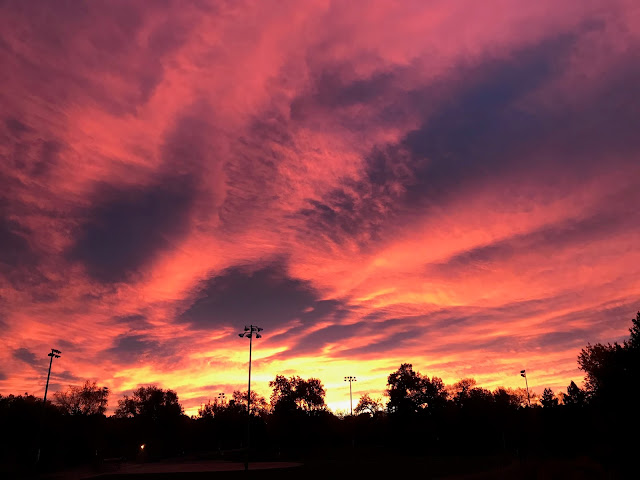 Most of this day has been somewhat gray and gloomy, but it didn't start that way. For a brief few minutes at dawn, the sky was on fire causing the whole world to turn a warm shade of pink. It was amazing, one of those sunrises that I only see maybe once or twice a year, but I treasure it every time it happens. The picture above gives you a little idea, but it was much more intense in person.

Then ten minutes later, it was as if it never happened. The whole world was gray and cloudy, and it was as if the vibrant colors that just hit were a secret being held only by those lucky enough to get up early in the morning.

So the sunrise was cool, but halfway through this run my wireless earbuds went rogue. They unsynced from each other, and then while I was trying to fix it, they unsynced from my phone. Rather than trying to figure it out, I just tossed them in my pocket and enjoyed the sounds of the world. It's a little more boring that having a podcast or music album to listen to, but you get more out of your morning hellos to fellow trail users and there is something satisfying about hearing the crunch of the gravel beneath your feet and something freeing about having nothing in your ears.

That said, I figured out how to re-sync my earbuds, and I will definitely be using them on my next run. 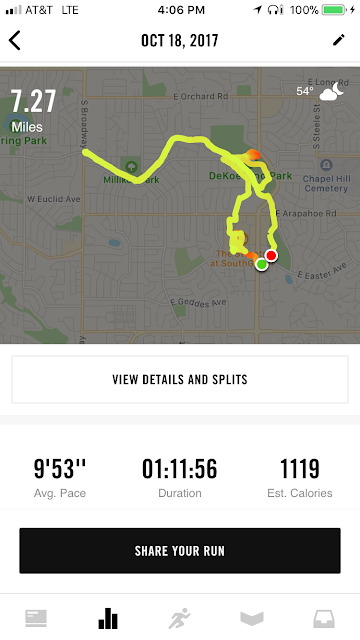