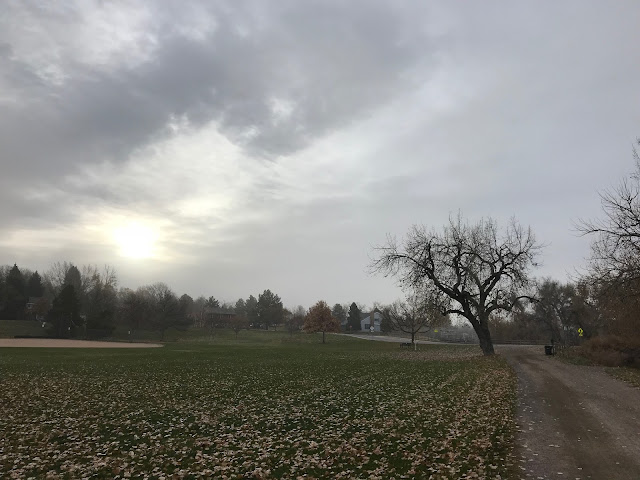 I used to hate Daylight Savings Time. I thought that it was pointless and that no one really needed it, and that it would be better to stay on the same time all year long. However, as we move into Winter with the time change not yet having occurred, I find myself running for an hour and a half in darkness before the sun rises at 7:30, and I don't enjoy it.

Also, while on this run, I saw a cool blue jay. It looked like it had flown directly off of the cap of a Toronto baseball player. It was just sitting on the Highline Canal Trail looking cool and blue. I tried to take a photo of it because it was a stunning color of blue. Apparently Blue Jays kind of have a reputation as the punks of birds, and this little jerk saw me getting my camera ready and immediately leapt up to much higher in the tree several small jumps at a time. He never stopped so I could focus the camera on him until he got all the way to the top of a tree, then he flew away. It felt like he was taunting me. He was pretty, but he was also toying with my emotions, and I don't appreciate it. 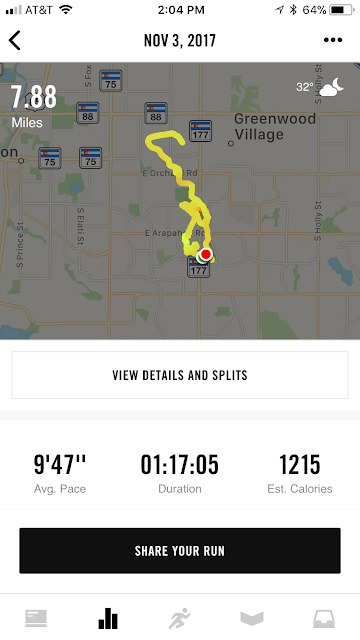