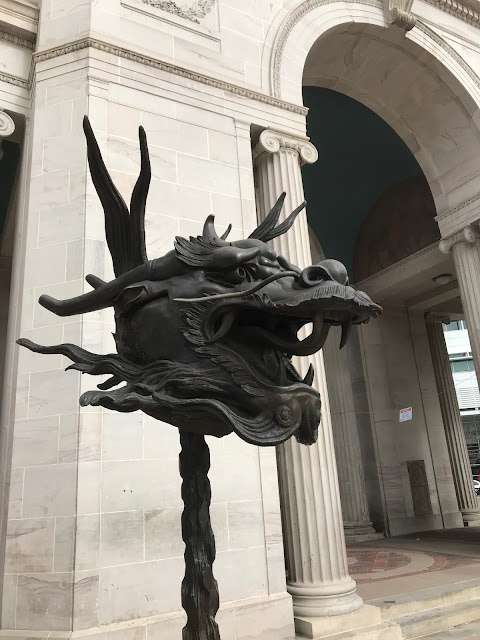 After a trip to Kansas City having left me not running for five days, I was super ready to get out there and pound some pavement. It was a Wednesday, but I had taken it off so that I could sleep in and catch up on sleep I had lost by driving to a Broncos-Chiefs game and back in a very short period.

After getting up a bit late, I decided I'd run through Five Points to see the new graffiti murals that I knew had popped up after seeing that there was a festival where a bunch of new ones were created. I took tons of photos of them, and for most of my run, I had just assumed that one of those photos would be today's photo. However, as I approached Civic Center Park, I discovered that an art installation of giant animal heads representing the Chinese Zodiac had been installed around the fountain surrounded by pillars at the North End of the park. These statues are giant and amazing, and the semi circle that they create around the fountain is impressive. I decided to use the photo of the dragon, as I was born in the year of the dragon, and I thought it was awesome. But really, all of the statues are great. They were created by an activist artist named Ai Weiwei, and they will be in Denver until October 2018, so if you live nearby, I strongly suggest checking them out sometime over the next year. 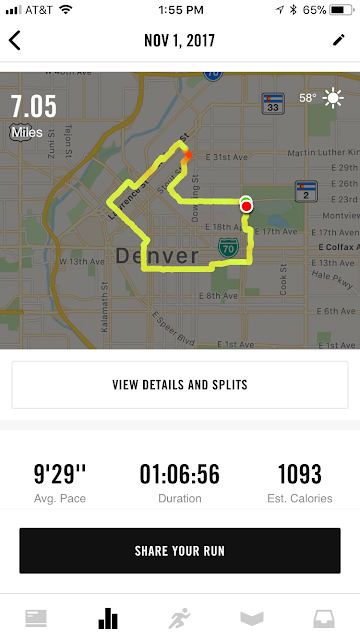