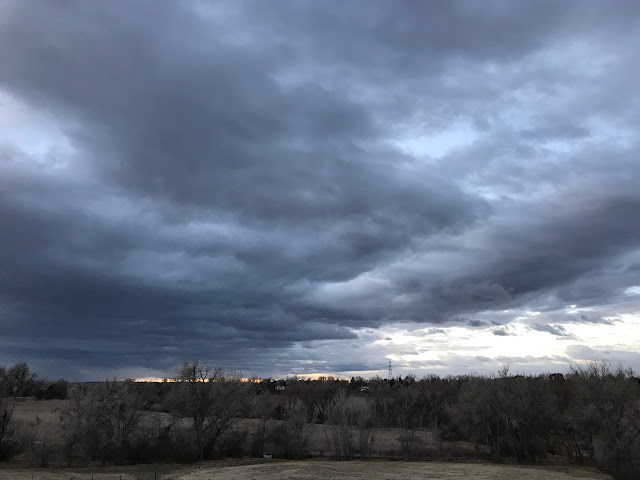 It was almost 50 degrees when I started out this run, but that was about the warmest it'd be all day. I posted the picture above, because it was almost like I was watching the cold front move in as I ran. (It also made for some dramatic cloud action.) By the time I was nearly finished the rain was falling lightly, and thirty minutes later I left and the whole world was wet.

It's kind of strange to have the world get progressively colder as the sun rises, it so rarely happens in that manner. 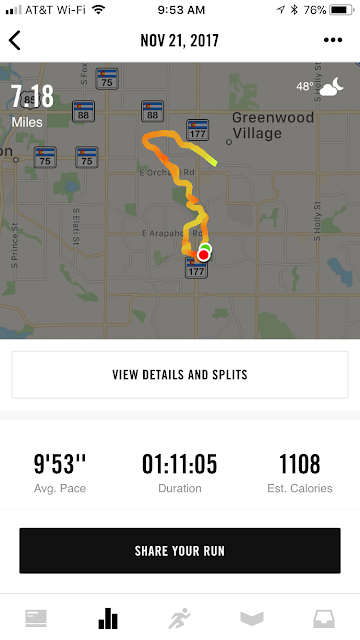