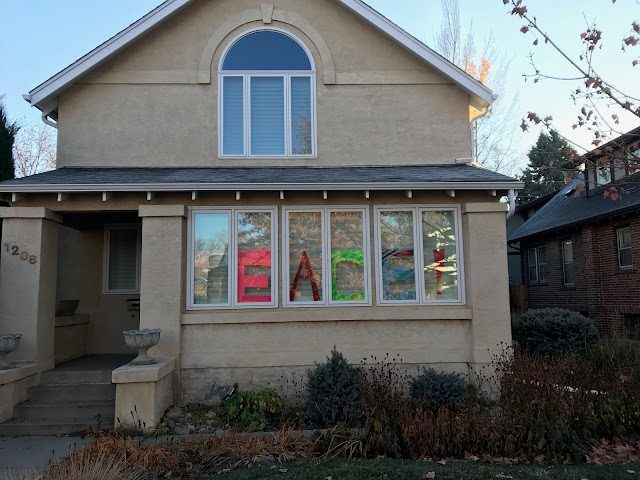 I often hear people complaining about having to "fight the crowds" when they go places. Usually, people in large groups don't bother me. I figure if I'm attending a show or a game that there are going to be a lot of people there, and that expectation colors my view of how to react to these groups. I just go with the flow. No biggie.

I had my very own "fight the crowds" moment on Sunday, though. Wash Park is usually busy on a Sunday morning, although it's generally not super busy. There are a lot of runners and people enjoying the park, but there is a lot of solitude and large empty spaces too. I enjoy that vibe, and it is one of the reasons I love going there to run on a Sunday morning. However, this day there was an event, some kind of girls candy run. Mixing "candy" with "run" is weird enough to me, but this event was exceptionally well attended. Families descended upon the park in droves with young girls wearing the event's purple t-shirt.

I'm sure it's a very nice event. I'm all for empower young girls to run and achieve and feel good about themselves. I'm not even anti-candy. However, this run jammed up the south end of Wash Park something fierce. Despite there being large swaths of empty green grass, families were milling about all over the running path. Just standing there waiting for something. I don't even know what they were waiting for, but it made it so that every time I circled the south end of the park it felt like I was playing some kind of lame pedestrian avoiding video game.

Amazingly, my times did not suffer. In fact, this was one of the faster runs I've put together in the past several weeks. Still, for one of the first times ever, I understood how sometimes people just choose not to do something based on the fact that a lot of people will be there. I was mildly irritated.

Other than the candy run, I also crossed paths with Lindsey Jones on this morning. We waved at each other a couple of times as we ran in opposite directions around the park. Also, due to the candy run, I had to park the car a few streets over from the and saw this house with the word "Peace" in the window. Not sure why it was there, but I liked it. 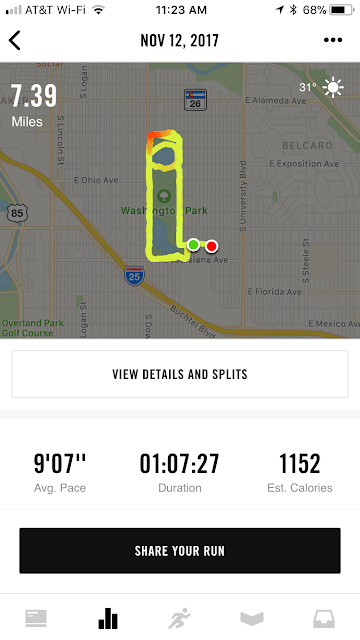