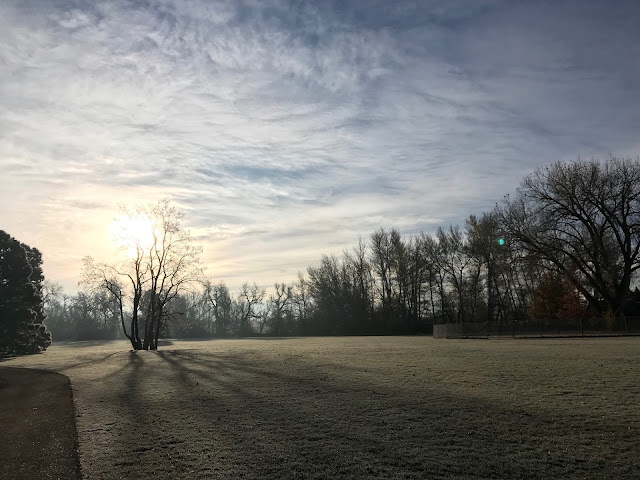 I had a bit of a throwback mood, so I thought that listening to some old Pearl Jam would put me in a 90's mindset. It worked great with Ten...as that album is great, but then as I got to Vs and Vitalogy, it worked less because I knew surprisingly little of either album. I knew several songs from Vs, but apart from "Better Man" and "Courdoury", I knew hardly anything from Vitalogy...even worse...some of it outright annoyed me. So, I guess I'm not as big a Pearl Jam fan as I thought I was prior to today. Mostly, though, even the stuff I didn't know was decent.

It was super cold again today, and by the time I had gotten to Ketring Park, it still hadn't warmed up much. However, I was very glad for this, as the grass was frozen and the light was super bright, and there was a light haze and it all came together to create the photo I posted above. I swear as I walked down this path this morning seeing this in person was a religious experience. It was so bright and so beautiful. I was hoping that the photo would come out decently, because it was exceptionally pretty. I was very pleased with what my camera captured. Some days I can't get even one good picture, and then I have days like today where I could have used about ten different shots I took. It's funny how one day can be so different from the next. Each day has a feel of it's own, and had I slept in this morning, I would have missed out on something that will never happen exactly the same again. Glad I got out of bed. 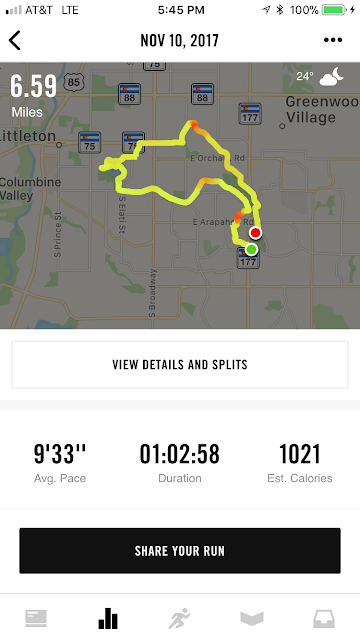