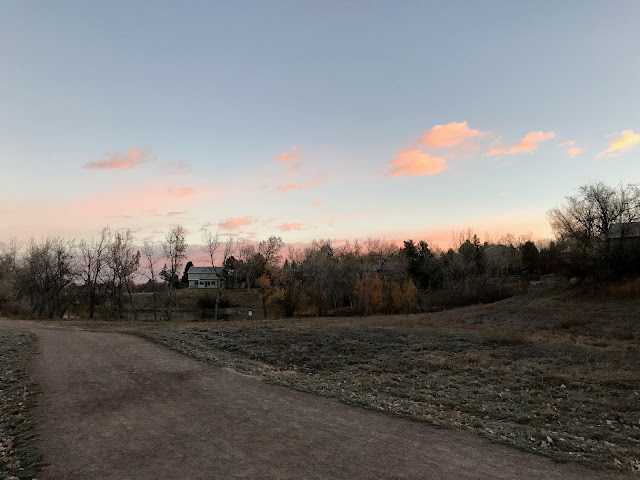 Somehow I arrived at the place where I decided it was a good idea to wake up at 4:30 on a cold Sunday morning so I could go running. My decision making skills may be considered suspect, but I wanted to be able to get in a Sunday morning run, go to church, and still make it home to watch the Broncos game that started at 11. Thanks to my 4:30 plan, I was able to make all of those things happen.

It was also the weekend where we turn back the clocks an hour, so waking up at 4:30 felt like waking up at 5:30...which is what I usually do on a Sunday, so that helped. I also had to stick close to home to both be able to save time and be available at a moments notice for my family, if needed. Thankfully, no one needed me, and although I just ran near home, I actually discovered a new trail (albeit a very small one) which I have never run on before. It was very cold, I ran pretty slowly, and I didn't get a single great picture. (The rather lackluster photo above was about as good as they got this time out.) However, I executed my crazy early morning plan perfectly and got another seven miles under my belt, so I felt good when I finished.

Getting up early for the Broncos turned out to be not such a rewarding experience, as they were trounced 51-23 by the Eagles. 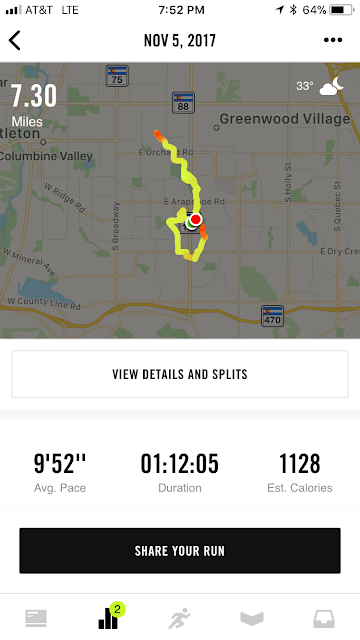