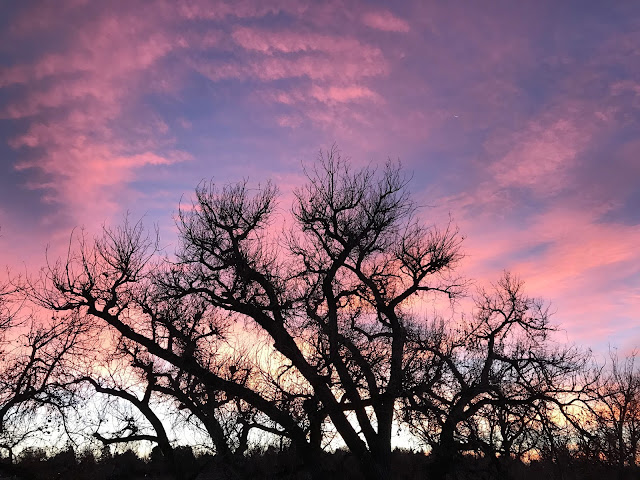 I walked outside to a world bathed in purple and pink. It was gorgeous, and I felt great because I went to bed early and had an awesome night of sleep. My pace was pretty good for a weekday morning run, and I just felt great the whole time. I decided to stay on the Highline Canal Trail the entire morning, and while I didn't see anything much new or interesting, I had sunrise pictures to fall back on for the blog, and I had an awesome morning. I even saw a coyote dash across the trail at one point this morning, although (as usual) it disappeared into the brush before I could get a good photo. Those coyotes are skittish things.

At one point in my run, a woman pushing a jogging stroller popped out from a path that intersects the trail and began running just ahead of me. I thought I'd be able to pass her easily, but hard as I tried, she remained in front of me. I looked down to my phone to check my pace, and in my efforts to catch her, I had shaved a good fifteen seconds off of my pace. (And this was after I had run for about 5 miles), which means that I was BOOKING it for a half a mile trying to catch her. I eventually realized that I wasn't going to catch up, so I stopped to let her get out of sight so I wouldn't be tempted to continue to push myself harder than I was prepared to go for the rest of the morning. 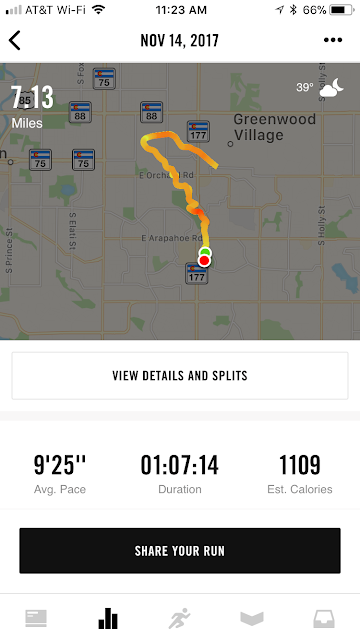