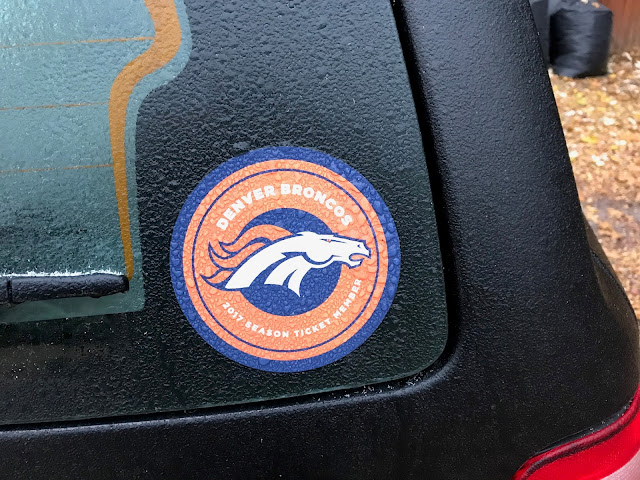 The photo above is chilling. Not because the car is covered in ice and it was about 26 degrees outside when I took this picture, but rather because this is an official Broncos season ticket holder sticker with a crooked Bronco on it. It shakes my faith in all that is good to see this. I wish I could just pretend it never happened. Suddenly the fact that the Broncos have fallen apart of the football field this season makes sense. The football gods are punishing them for some underling in the office creating this abomination. It must be stopped.

Other than this crime against the Bronco logo (and decency), this was a very cold run. Thankfully, It didn't feel terrible because there was no wind so the coldness was bearable. I did something I rarely do these days and headed East rather than just trod my well worn path West on the Highline Canal Trail.

I was also listening to a podcast about the Walking Dead. A television show that used to be good, but lately it appears to have been written by a team of hedgehogs. (You may not know this, but hedgehogs are terrible writers.) I hate-watch the show at this point, because I want to see where the show goes, and honestly I enjoy complaining about just how bad it is. Turns out that if you try to drag out a show about the zombie apocalypse for 8 years, the production quality starts to suffer as the writers run out of new ideas. 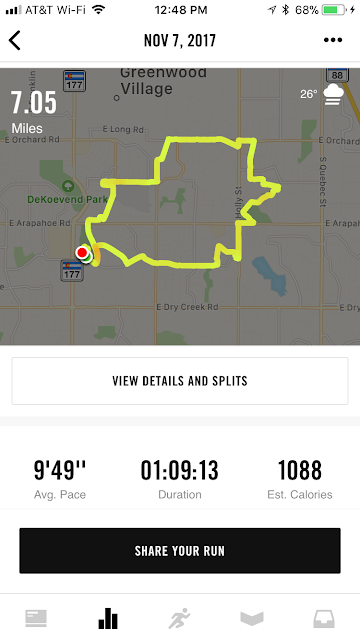