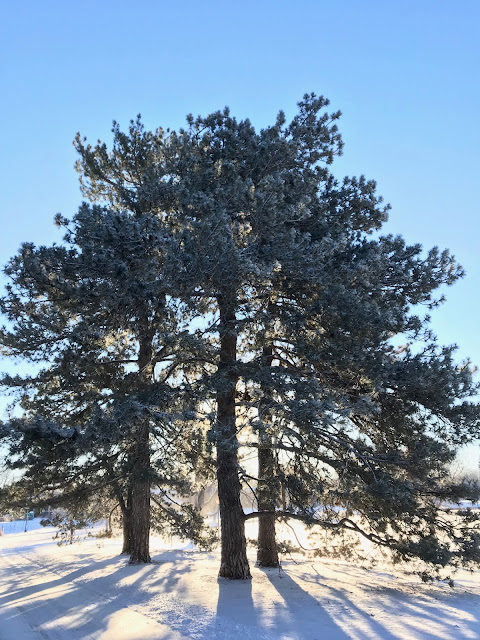 It was four degrees when I awoke on Christmas Eve. It was so cold that the snow crunched heartily under my feet like it was assembled out of Cool Ranch Doritos. I had to go to my absolute warmest combination of running clothes which includes three winter shirts, my thickest running socks, my thickest running pants and long underwear. Even with these precautions, it was monstrously frigid for the first mile or two.

I went to Wash Park, but due to the snow that had fallen the night before, the running path around the park was unusable, so I ran around the streets instead. It was almost too cold to be icy until my final lap around, but there was so much snow on the streets that I was cautious as I ran for fear that I might hit an icy spot, so my speeds were definitely hindered. It was one of those days that was so cold and so snowy that I even saw a few cross country skiers sliding through the park on the trails that usually are home to dozens and dozens of runners.

As the sun rose, the park really became pretty beautiful, even if it wasn't exactly ideal conditions for a run. The photo from above was pretty representative of the sites. The bright sunlight was accentuated by the fresh snow, and the world was SO BRIGHT once the sun came up.

Oddest moment of the whole run came just as I was starting, however. It was very early, the sun wasn't even up yet, and I saw a woman run by wearing only a long sleeved running shirt and a pair of short shorts. The temps were in single digits, and it was icy cold. Her poor legs were pink, and all I could think about was how uncomfortable she looked. She looked to be in her thirties, and I was amazed that anyone that old could be making decisions that poorly. I hope she survived. 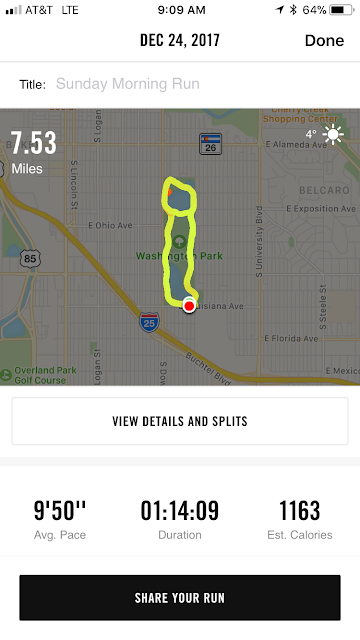