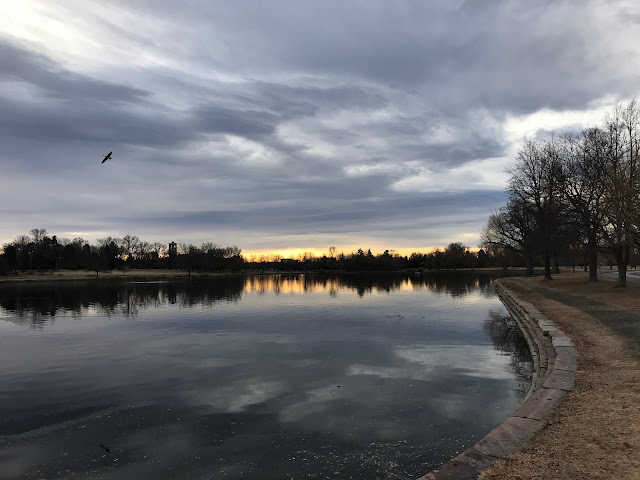 As I was pulling up to Wash Park this particular morning, I realized that I had left my earbuds at home. It's about a 20 minute drive one way, so I knew that I would be running without any music or podcasts as I did NOT feel like postponing my run for 40 minutes to head home and get them. I was annoyed, but I figured that every now and then it's good to get a run completed in silence. Good for the soul, probably.

Although I was without music, it was an absolutely gorgeous morning, so after a few minutes of annoyance with myself, I settled in to a December run that was much warmer that a December run has any business being. Plus, there were some cool clouds and lots of birds circling overhead, so it was pretty picturesque in addition to be warm and comfortable.

Not listening to anything also gave me time to develop a theory...that theory is that all Canadian Geese are clones. I developed this theory as I started looking at the insane amount of Canada Geese that dominate the park and realized that every single one of them looked exactly the same. There is nothing to differentiate one from another so I am left to believe that they are either all clones, or perhaps they are a spying device foisted upon earth by some superior species to keep tabs on our activities in public parks. You see, it is not good for me to forget my earbuds. 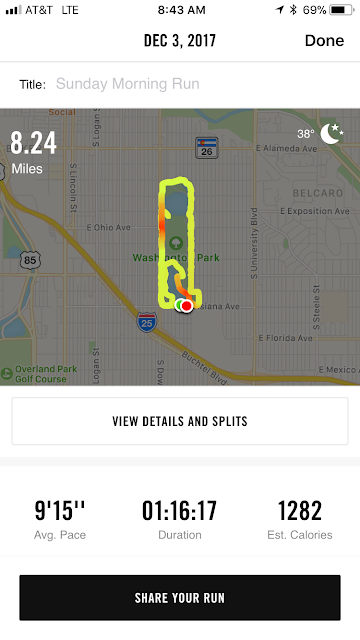