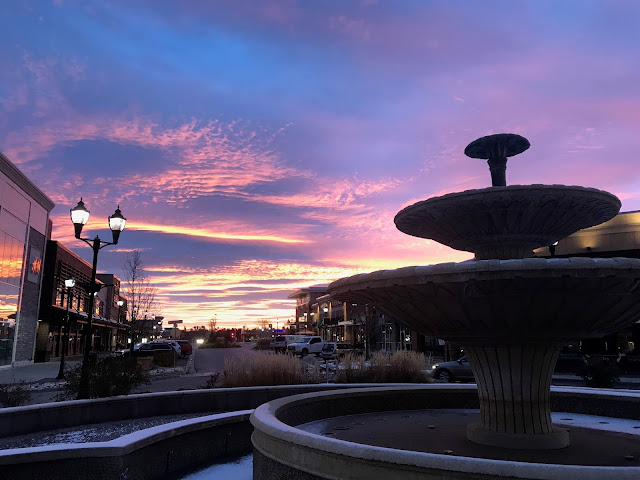 For the first time this week, the temperatures were above 15 degrees, and yet THIS is the run where I had a hard time. It snowed last night. Not a lot, but just enough to make any concrete surface as slippery as an ice rink. There were several occasions where I was running on a street and nearly wiped out due to the slidey nature of the road. After about a mile and a half of dealing with that, I decided to retreat to the Highline Canal Trail where the snow had fallen, but hadn't created a dangerous icy wasteland. This is what stinks about snow, even a tiny amount can cause annoying problems. Snow should be illegal.

After finding the comforting safety of a non-slick running surface, I had several miles of productive running before a low blood sugar issue combined with an aching left calf muscle to basically slow me to a walk. I ate my emergency packet of peanut butter and hobbled home. I managed a respectable six miles of running, but there was precious little running the final 30 minutes as I slowly made it home. Even now, several hours later, my calf is still bothering me a little. Nothing major, but it is definitely more sore than usual.

At least I was treated to a pretty cool sunrise over the fountain in Southglenn. 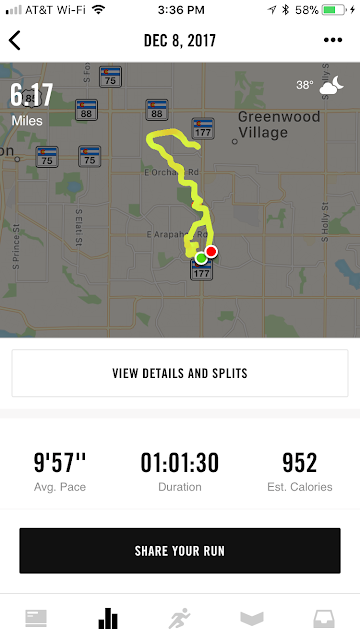