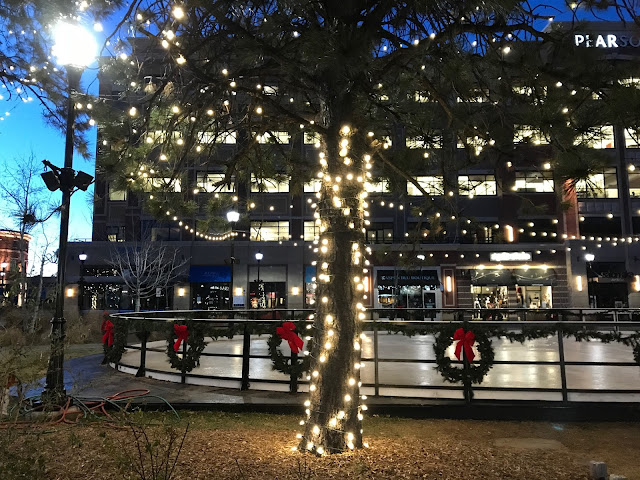 December 5, 2017
7.27 Miles in 1:12:04
Mood: Convincing myself I wouldn't die of exposure, and then thankfully NOT dying of exposure.
Soundtrack: U2 "Songs of Experience"

When I walked into my kitchen this morning to eat a bowl of cereal and get ready for my run, I looked at the thermometer on top of the fridge which shows the outside temperature and recoiled because it said it was 14 degrees outside. I did a lot of internal negotiating with myself trying to decide if the part of me that wanted to stay warm would defeat the part of me that wanted to get my run in. The negotiations lingered for quite some time, but in the end the runner won with concessions to the warm wishing side of me being that I would wear extra clothing.

So with two sweatshirts, a running shirt, long underwear, running pants, some gloves and my thickest pair of socks, I eventually headed out into the chill. I was expecting it to feel way worse, and while it was chilly, I never felt it was unbearably miserable. In fact, after about 15 minutes of running, I was feeling quite comfy in the out of doors. I ran my first three miles at Southglenn...unlike my usual reason for running in Southglenn, this was not Pokemon related but rather making sure that if it got too cold, I would be a short jaunt back to the warm base of home. However, after three miles, it had warmed up to the point where I knew I was just fine so I decided to do the last four miles on the Highline Canal trail and wander a little further from home.

As I ran, I was accompanied by the newest album from U2, which I gotta say is pretty good. A lot of people say that they have lost their fastball and disregard new releases from U2, but I think they are aging like a fine wine. I have really enjoyed their past three or four albums, and this one has some really good stuff on it. I'm a fan.

As for today's photo: The Southglenn ice rink is up and running. It didn't need too much help with being frozen this morning, but it looks pretty with the wreaths and all the Christmas lights on it, so I made it my photo for the day. 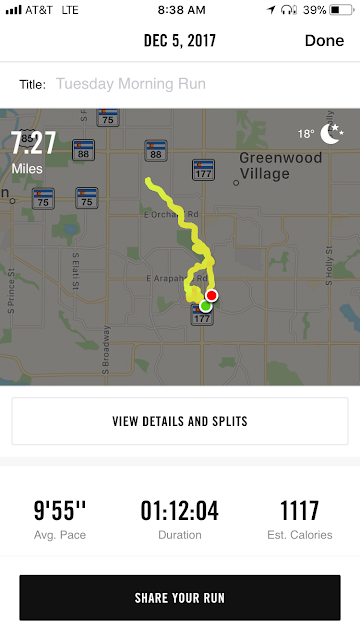