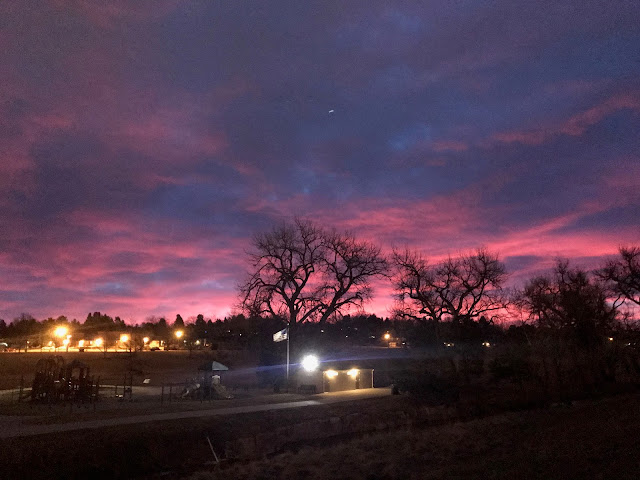 On Tuesday, I began a run with temps at 3 degrees and three days later, it was 45 degrees warmer. It was so nice, I didn't even need a sweatshirt, and non-sweatshirt runs in January are pretty rare. I feel like I'm being spoiled, but I notice the forecast for Sunday is for snow with highs in the low 20's, so I'll pay for it later.

It has been over a week since I ran my familiar section of the Highline Canal, so I decided to revisit my very well worth path once again. One of my favorite parts of running this particular stretch is that probably 90% of the time that I run north through DeKoevend Park and on through the canal trail, I run into this older couple walking south. They are always super friendly and wave at me with smiles. I don't even know their names, but they feel like friends as we have our early morning ritual of crossing paths almost every time I run north on the canal trail. I saw them again this morning, we waved at each other yet again, and I felt just that little much better about the world as a result. So a salute to my unknown friends and a note of thankfulness that they are in my life in this tiny tiny way. I really like them.

Finally, the sky was super purple this morning. You only vaguely get a sense of it from this photo, but it was a purplicious sunrise. 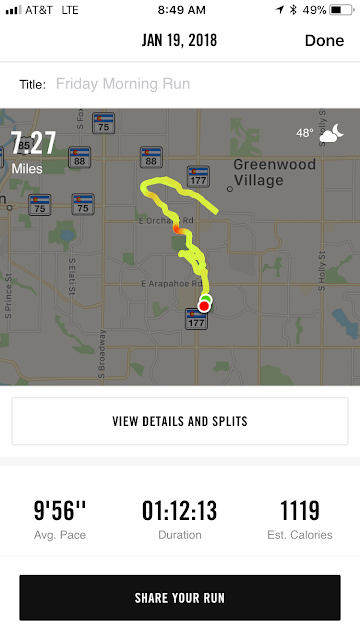