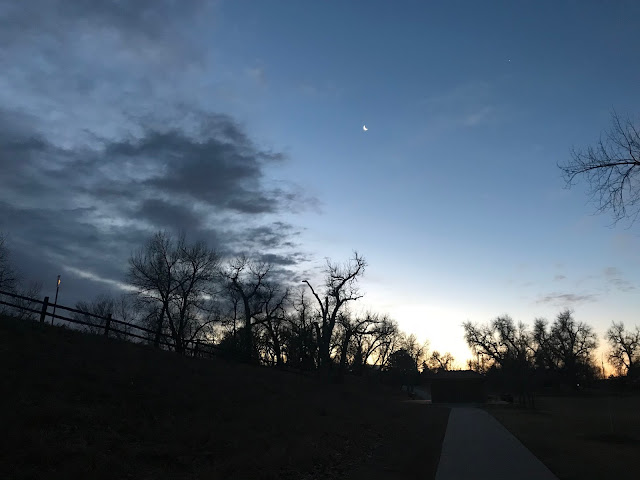 I did a very normal route on the Highline Canal trail, and I found some big news regarding a spot I like on the trail. Apparently this spring they will be building an overlook in this very pretty area that has a view of a giant field, a farm, and the mountains. Not sure when it'll be done, but it's supposed to be getting under way this month, so I'll keep stopping by to check on the progress.

As for this run, it felt pretty solid, for a change. Lately I've not felt super great, but this run was a refreshing return to moving well and getting miles that felt somewhat easy.

The photo for this run was taken just as the sun was getting ready to rise. The morning had a very bluish feel to it. There was a little bit of orange as the sun came up, but blue dominated the skies. It was a pretty blue, though. 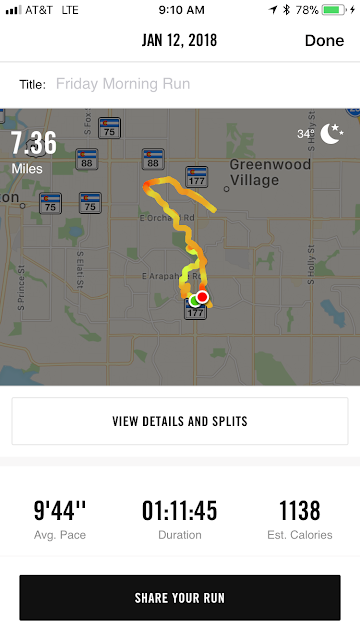