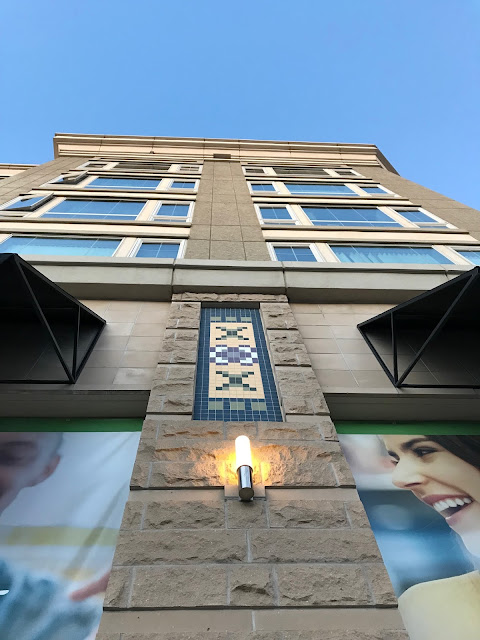 January 23, 2018
7.60 Miles in 1:17:43
Mood: Isn't it ironic? Don't you think? A little too ironic, yeah I really do think.
Soundtrack: Counting Crows "Films About Ghosts: The Best of Counting Crows" / The Beef and Dairy Network Podcast

After a pretty solid winter storm dropped so much snow that running on Sunday was impossible (or maybe just more impractical), I was very much hoping that a warm Monday did enough melting that the streets and paths I frequent would be usable. I tried to hit up the Highline Canal trail, but it had so much snow and ice on it that I couldn't get any good footing, making it pretty much useless for running. Then I tried to just run on Panama Street, but there is still so much ice and snow that haven't been cleared from the roads, that there are just vast swaths of slippery ground where normally I would run on a street. I was sad that I wouldn't be able to go very far from home thanks to the dangerous roads, but at least I had the Streets at Southglenn and their safe and snow removed sidewalks, perfectly dry and free from danger.

After two miles of icy roads, I arrived at the outdoor mall which doubles as my outdoor track on days where I either need Pokemon Go supplies or the rest of the world is just too icy, and as I made my VERY FIRST TURN, I tripped and fell. The irony of surviving treacherous streets only to fall down on a perfectly dry sidewalk made me laugh to myself. Fortunately, the fall was pretty smooth, and I didn't hurt myself in the least. My phone had slipped out of my pocket when I hit the deck, so I picked it up, and decided to take a photo from my vantage point on my back...you can see that photo above. Buildings look a little taller when you have the perspective of an ant.

I picked myself up, dusted myself off, and put in another five miles after taking the spill. It wasn't a terribly exciting run, but I am right on track for my 100 mile month, and I needed to get a good run in today to stay on track, so I was thankful for the miles. Hopefully by Thursday the snow will have melted to the point where I can venture out into the world a little further than I was able to do today. 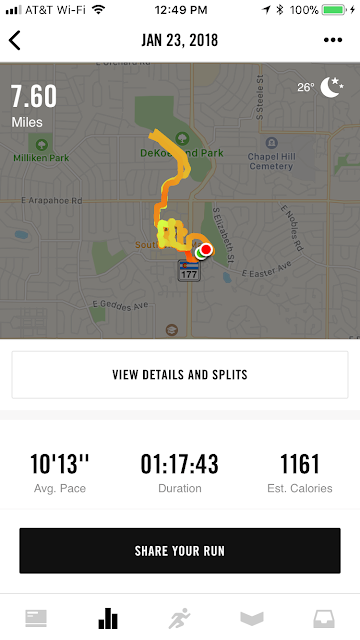