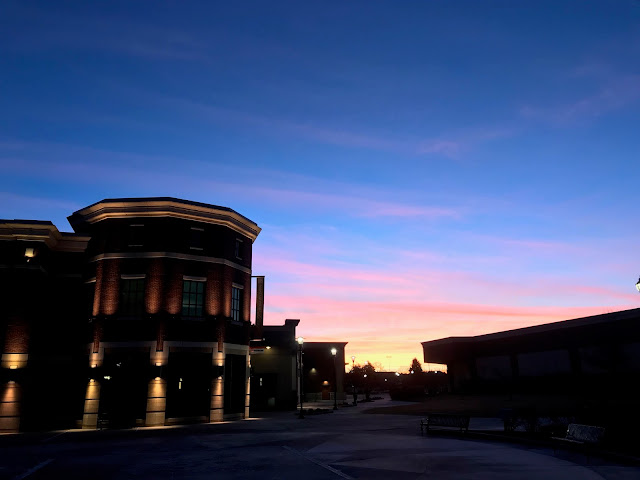 January 18, 2018
7.32 Miles in 1:13:45
Mood: Heading in a different direction than normal, just because.
Soundtrack: 99% Invisible / What Trump Can Teach Us About Con Law / The Memory Palace / The Avett Brothers "A Carolina Jubilee"

As the sky was rising behind the architecture at the Streets at Southglenn, I was struck by how much it looked like a Van Gogh painting. Pretty sweet sunrise, to be sure! It was nice to be treated to such a view as I circled the outdoor mall and farmed Pokemon supplies for the first third of this run.

After I was done getting stocked up on a silly mobile phone game, I decided to head south for a change and run through some parks and neighborhoods I haven't visited in quite some time. It was a nice morning, and I felt like a change of pace. I didn't really hit up anything new, but it was nice to go places I haven't seen on a run in months. 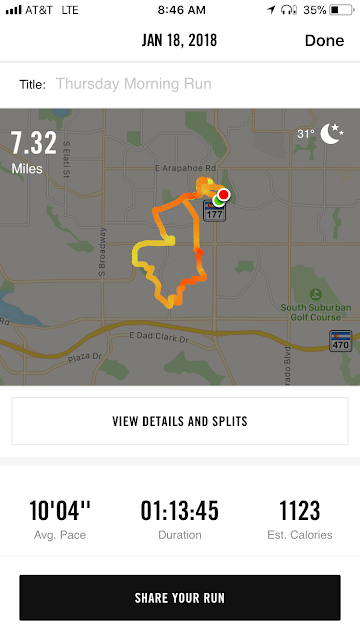