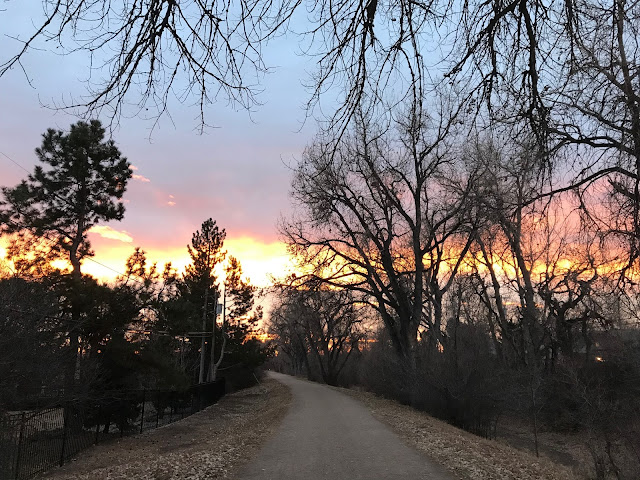 The sun rose in a bright burst this morning. It felt even quicker than normal, as for about two minutes, the skies were bright orange, and then it was over and everything was gray and overcast. Felt pretty unique in the moment, as the transition from pretty to muted so rarely happens THAT quickly.

I was also in a bit of a hurry this morning, as I wanted to finish up a little earlier than normal, since I had decided to run on a Wednesday and I had to get in a full day at work and still get off in time to run basketball practice for my fourth grade boys team. That meant that I was resting less and trying to keep pushing to get in my miles. I did a pretty decent job of keeping moving, which I guess led to somewhat less than great speeds, but it was still a pretty sweet run.