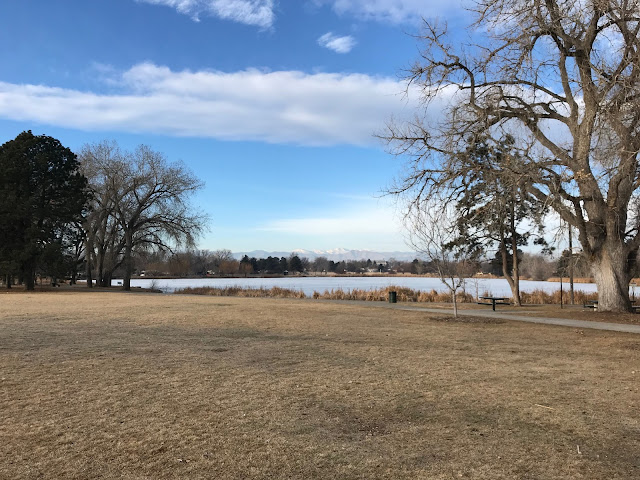 My original plan for the first run of 2018 was to circle Huston Lake Park, because it was a nest for a very rare Pokemon called Carvahna. As you can see by the split maps below, this plan did not last long. The first reason that I bailed on the plan was that the park was not as large as I had hoped it would be. The second, and more pressing reason, was that as I began my second lap around Huston Lake, my body began to rebel against me in a most unpleasant way. It made me stop running and immediately focused my attention from getting exercise to getting to a toilet as fast as humanly possible.

I wish I could tell you that I was able to hold it together and didn't have to poop in the middle of a public park in Denver. I would, unfortunately, be lying if I told you this. Thankfully, the park was super empty, as it was early in the morning on New Years Day, so pretty much NO ONE was out. I found a secluded a place as I could find, hidden behind a giant tree, and quickly took care of the issue at hand that was quite clearly not going to wait one minute longer. After that, I beelined it to my car and then headed to a nearby Safeway to clean both my body and my spirit.

About 20 minutes later, I had relocated to Wash Park, and put in another six miles without incident. I'm not sure I'll ever be able to show my face again in Huston Lake Park. Not that anyone but me knows what happened there (apart from whoever might find their way to this blog, of course), but I will know what happened and that might be enough to keep me away from there forever. Of course, I am doing a bang up job if my New Years Resolution happened to be "Get back to nature". 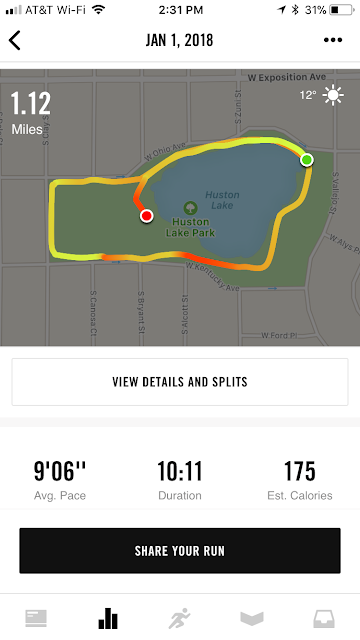 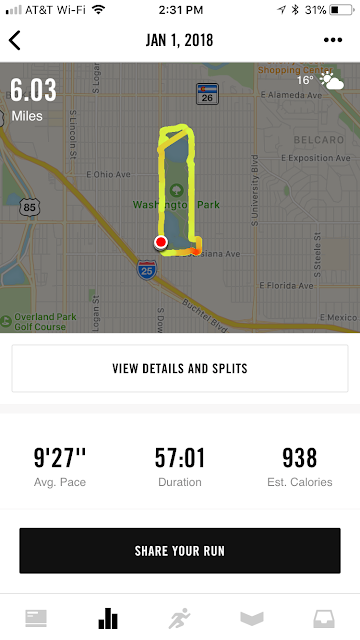