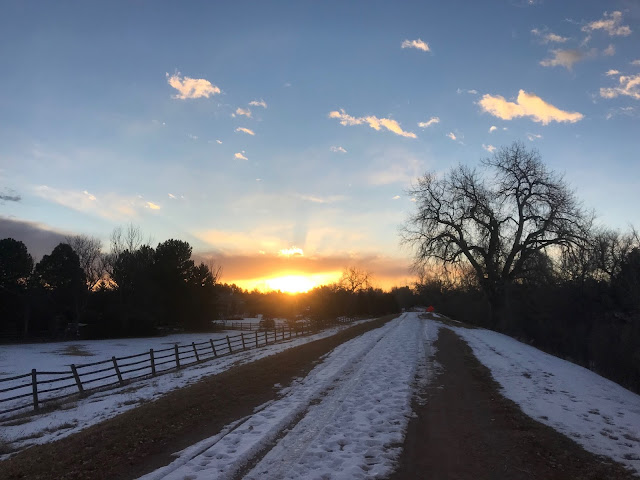 I really wanted to run on the Highline Canal Trail. So much so, that despite the fact that it was STILL over 50% covered in ice, I decided to give it a shot. It turns out that it probably wasn't quite ready for me, and it also turns out that the amount of concentration required to make sure every single foot fall happens in a non-slick area when you're running on solid ice is exhausting. Usually when I run the Highline I go round trip, but that was NOT happening as by the time I made it to my usual ending spot, I was spiritually unprepared to turn around and negotiate all that frozen water for a second time, so I ran back on the streets on a less fulfilling, but ultimately safer route.

I regret nothing about taking the risk to run on ice, as I was able to see this sunrise, which was even more spectacular in person than it is in this pretty dang strong iPhone photo. Sunrises are the best, you guys. 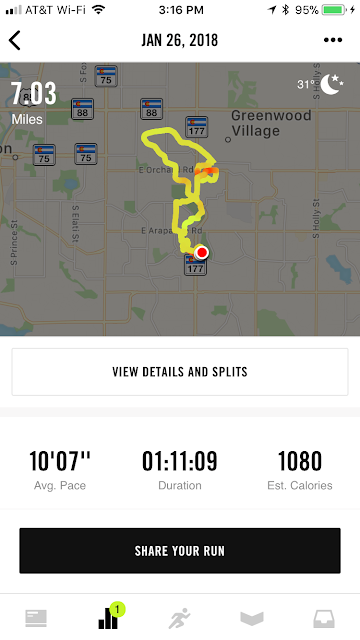