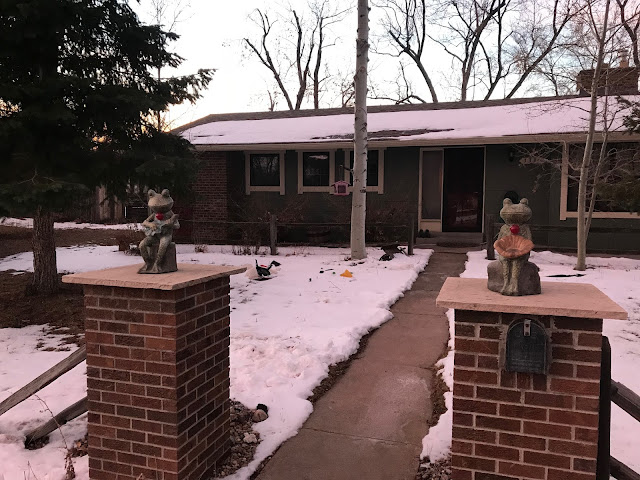 I had hoped that since it was now Thursday, that Sunday's snowfall would have melted enough to allow me to run on the Highline Canal. Unfortunately, when I arrived at my usual port of entry to the Highline, I found it to be caked in ice and snow piles that would be extremely treacherous to try and run upon, so with a heavy heart, I trudged back to Panama Street and continued running west on a much less scenic and fun path. (Although, it does include the two brick pillars shown above with frog statues sitting upon them, so not all was lost.)

I was able to make it all the way to the southern tip of Sterne Park and back, and halfway through, I figured I was going to easily hit the 8 mile mark on my run if not more because of how far I had gone and at a decent pace, however, on the return trip home, I was hit with a fairly significant low blood sugar. It wasn't one that felt dangerous, but I ate my emergency pack of peanut butter and hoped that I'd recover enough to finish strong, but it pretty much wiped me out for the rest of the morning and I barely made it to 7 miles. Still, not a terrible outing, and I learned that I adore The Oh Hellos song "Dear Wormwood" and the album by the same name is pretty solid too. 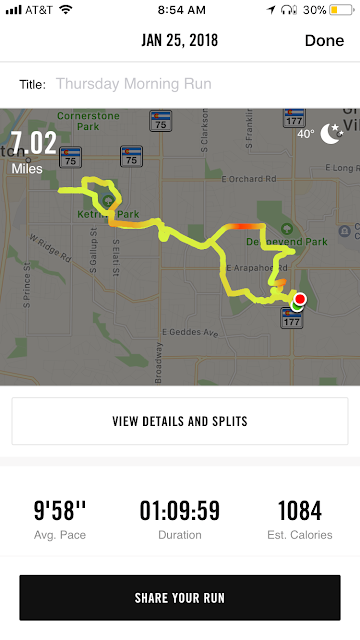