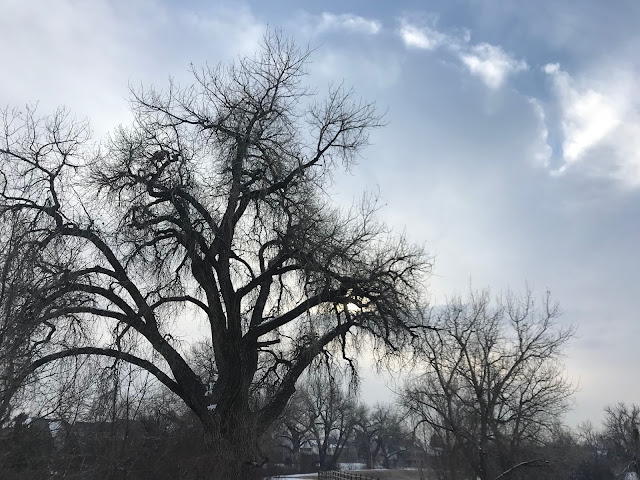 February 22, 2018
9.01 Miles in 1:32:26
Mood: Meandering through neighborhoods of large homes.
Soundtrack: Broken Bells "Broken Bells" and "After the Disco" / The Mountain Goats "Beat the Champ" and "All Eternals Deck"

I ran through a McMansion neighborhood this morning, and it was stunning just how big these houses are. You could fit entire third world villages in each of them. I don't begrudge people who have made a good living to be able to spend that money on a nice big home if they like, but I do wonder what it'd be like to live that sort of life. I don't imagine it makes life all that much better, honestly.

I headed in a different direction than the usual, and I still ended up spending a little time on the Highline Canal trail, although right now, it's still buried under snow from Sunday, so I didn't spend too much time on it, but it amused me that even when I run in an entirely different direction, I still found my home, just a different section than I usually hit up.

I didn't really intend to run 9 miles this morning, but I took a few unorthodox turns and ended up spending a bit more time than I meant to pounding the pavement. It actually felt pretty good, despite the super slow pace. Part of that slowness is due to snowy and icy conditions, and part of it is that I'm getting older and slower, I guess? I feel okay, as I was crushing it indoors on the track on Tuesday. 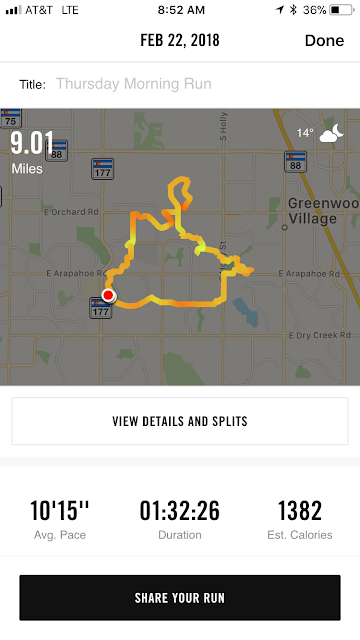