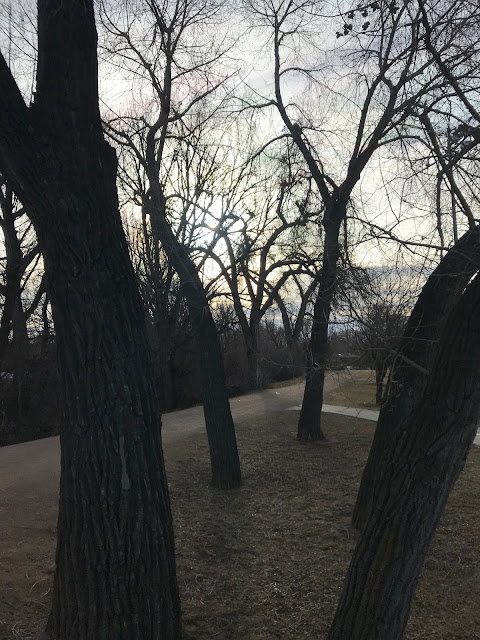 It was a strange morning, because it was super warm for early on a February morning. I headed out at about 6:30 and it was already 45 degrees outside despite the fact that the weather was decidedly gray and gloomy. I wanted to stay close to home for this run, so I ended up spending most of my time in or near DeKoevend Park.

It wasn't a terribly exciting run, as I've combed over DeKoevend so many times that I know it like the back of my hand, but I was happy to not have to be wearing a sweatshirt for the second consecutive run. I had a bout with low blood sugar towards the end of this outing, so by the time I was finished, it was a struggle to get myself up to a full seven miles, but I made it. This was one of those workman like runs where I just put the miles in, but I was very glad to have done so by the time I finished. 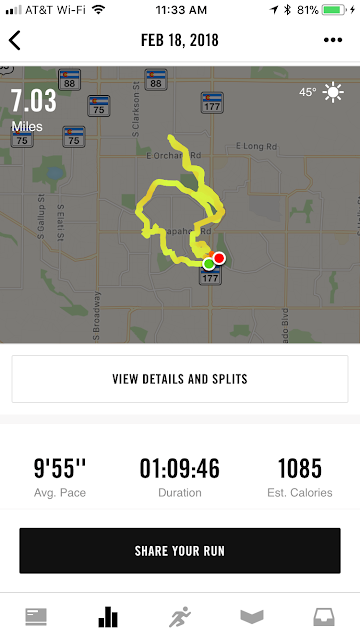