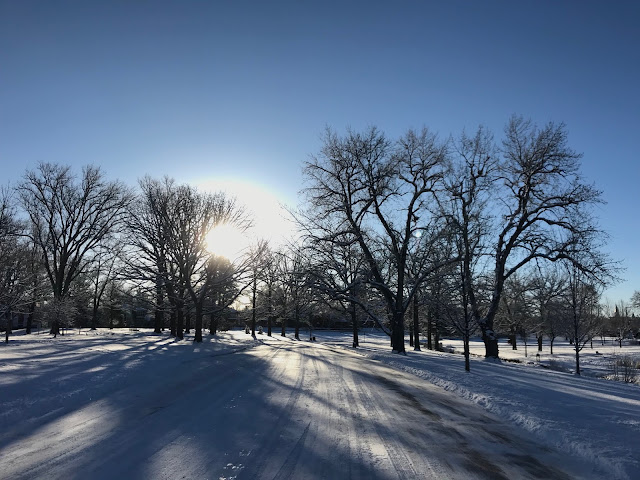 It snowed all day Saturday, so when I awoke on Sunday, it was to a world of which the White Witch of Narnia would have approved. There was a big part of me that considered just staying home and sleeping in on a Sunday morning, but the fact that February is so short and achieving my 100 mile goal is hardest during this month and I don't want to miss out because I didn't run on a day I could have, I put on long underwear and an extra layer and headed out into the 11 degree morning chill.

About 45 minutes in, the sun had risen to a point that I was actually getting hot. I was slightly overdressed, and though it was still quite cold outside, it doesn't take too much to be over dressed when it's super sunny. I was at Wash Park, and had to run on the paved rounds on the inside of the park rather than the outer gravel track, because that nice gravel trail which I prefer was buried under snow. Still, I had some nice tunes (Portugal. The Man's new album is great.), and I wasn't uncomfortable, and the snow had not yet turned icy, so I wasn't slipping. It was actually a pretty nice morning, and I got the above photo which is pretty cool...even for a guy who hates snow, sometimes it looks nice. 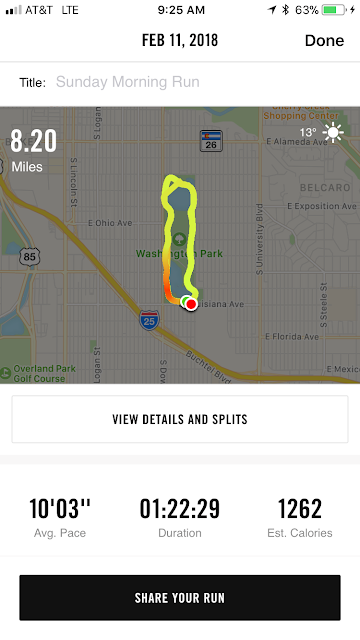