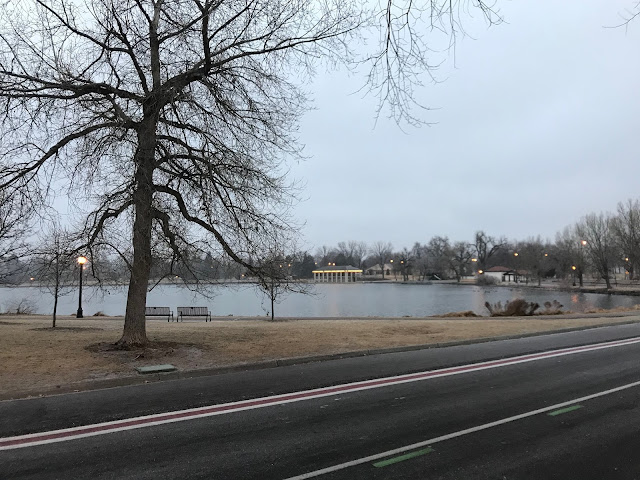 February is short. The shortest month of the year some might say. (This is not a matter of opinion, but it's sometimes fun to posit facts as opinions, or opinions as facts.) Since it is so short, it is easily the toughest month for me to keep my hundred mile streak alive. The stakes are even higher this February, as if I can hit 100 miles this month, it will be the 50th consecutive month that I have done so, and that feels like a stinking huge milestone, so I am motivated.

I say all of that to preface that when I awoke to this very cold Sunday morning, I wasn't super enthused about heading out into it, but my motivation was strong and I headed out the door. The morning fog hung thick upon the firmament of the earth, adding a foreboding element to icy chill of the world this Super Bowl Sunday. My plan, is it often is on a Sunday morning, was to hit up Wash Park. This particular morning, however, as the snow began falling in waves, my plan was revised. I still hit up Wash Park, but my goal was to finish as quickly as I was physically capable of doing.

This desire to get myself out of the out-of-doors as fast as humanly possible actually helped me turn in a pretty strong performance. I ran over seven and a half miles, and did so almost exclusively running. Often I will take short walking breaks to rest and split up my running, but it was too cold and miserable outside to do that, so I just kept pushing myself. Often times due to the walking breaks, I will end up taking north of 14,000 steps on a seven mile run, but I finished this entire trek in under 10,000 steps (running steps are much longer than walking steps, so the math works out.) Doing 7.5 miles in under 10K steps is unheard of. (for me) It is ridiculous. (for me) I was actually pretty proud of myself for just how much I kept on not stopping, but rather putting one foot in front of another around 9,000 times. I stopped a couple of times to do things such as avoid a literal gaggle of geese, to retie my left shoelace (which I had to do twice because I'm bad at knots), and to take exactly one mediocre photo of the Wash Park boathouse, but that was about it.

It was maybe not the most fun running outing I've had ever, but it was one of the most singular of purpose runs I have ever done, which stands out as something of note. (I have just annoyed myself in the writing of this post, because I had an exceptional word in mind to use here, but although I can feel the concept of the word in my soul, I can't seem to wrap my mind around the word itself and capture it. I was thinking of a word that meant a very specific type of extremity, but I can't find the word. Very frustrating.)

Anyway, the best way I can capture the spirit of the thing is to say, It was very cold and I ran mostly without stopping to finish as fast as possible. This is a weird post. 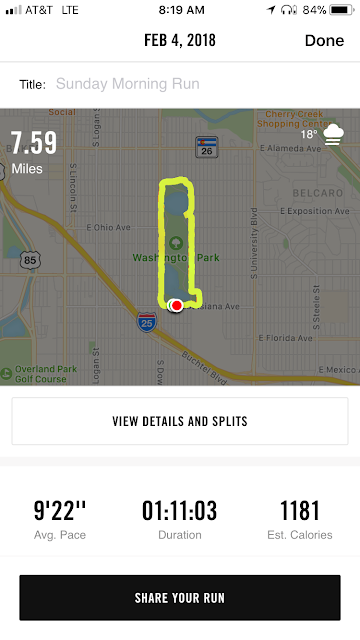