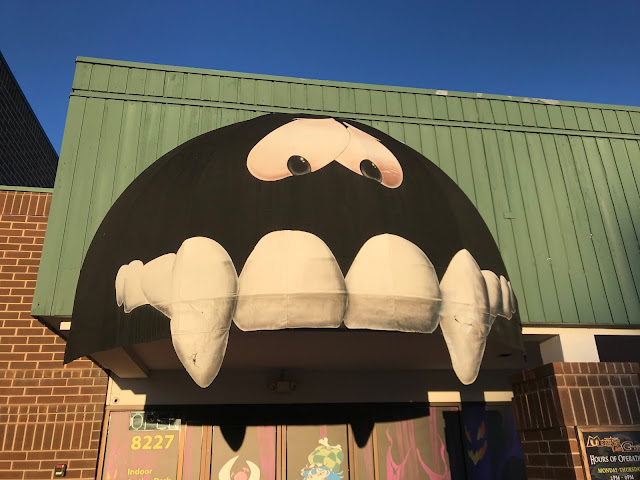 After a rough night where I had to keep eating sugary items just to raise my blood sugar to decent levels, I awoke in a bit of a funk. I was hoping that a good run would ease the funkiness of the morning, but this run smelled of funk from beginning to end. I never really got in a groove, so I ended up finishing shy of 5 miles total, which is pretty sad.

I did have some experiences on this run, including running on the entirely empty South Suburban Golf Course and feeling weird about it, as I always seem to feel whenever I run on a golf course. I also got today's photo of the very excellent awning at Monster Mini Golf, and I finished up by having to call in my wife to come pick me up because I had a potty emergency a half mile from home, and I would much rather have her come out for a mission of mercy than to not make it to a toilet in time. (Even with her assistance, it was the closest of close calls.)

So to summarize: Bad run, but good morning. It was, as always, good to be alive and out in the world this morning, even if my body did not cooperate as well as I would like it to. 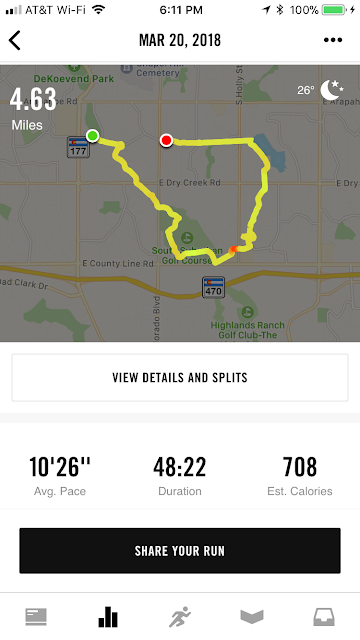