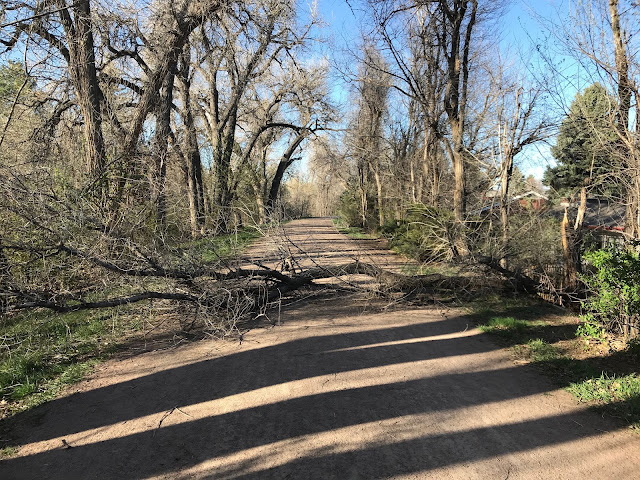 After a night of insane winds, I was jogging down the Highline Canal to find this tree fallen completely over and blocking the trail. I was able to get around it, but it was definitely an obstacle. It's somewhat symbolic of this entire run that this happened, because this was a rough run. It was even more appropriate than it should have been that I was listening to an album named, "Help!"

First off, halfway through, my wireless earbuds simply stopped working, so for the second half of the run, I just turned up the volume on my phone's speaker and listened to the music that way. That is not an ideal way to listen to music, but it worked in a pinch.

The earbuds not working was irritating, but the issue with my heel flared up to the point that my foot was genuinely hurting. Foot pain stinks. I still pushed through and got my seven miles, but it was a pretty miserable experience. It led me to start googling stress fractures, and I have now scheduled an appointment with a podiatrist because I'm worried that I might have one. This is a major bummer, because if that is truly the issue, it will quickly put an end to my consecutive 100 mile month streak, which stands currently at 51 straight months and is something I'll be quite sad to see come to an end. Also, it might mean I can't run for up to two months, so I'm going to have to figure out SOMETHING for exercise, because I'm not going to stop doing all things physical for two straight months...that would be awful.

I'm going to talk it over with the foot doc and find out what is up and what will be allowed as I recover from whatever is causing the pain in my foot. My hope is that biking will be allowed, as it doesn't have anywhere near the pressure put on my foot as running creates, and this blog would theoretically be able to continue in a slightly adjusted form. I'll have to see, but there will DEFINITELY not be a post on Friday, as I'm not going to keep smashing my foot prior to see the doctor, as there is a chance it has broken bones in it, and that is bad.

So, with all that bad news, and the potential that I will be on a running hiatus for quite some time. I leave you with this bit of news..."Help!" by the Beatles is really good. 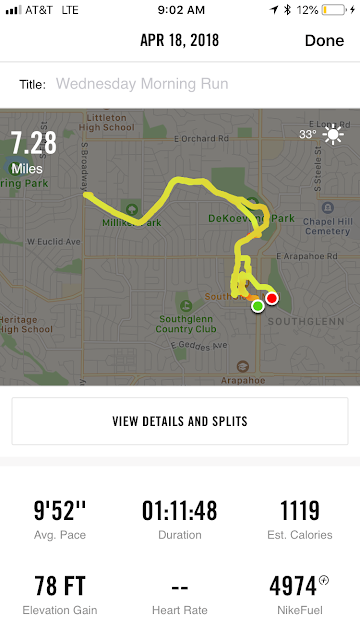