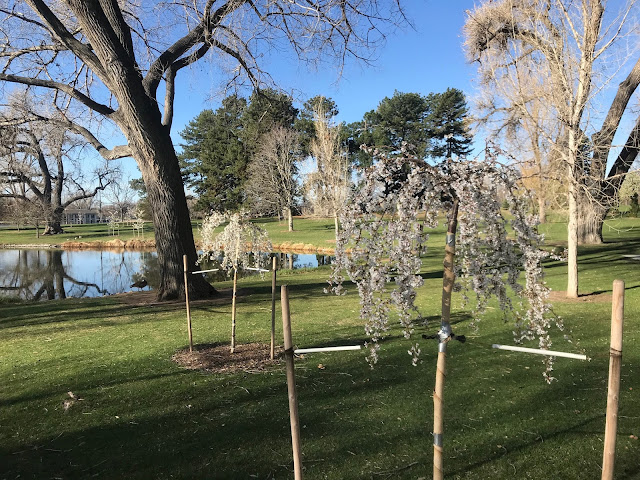 Thanks to a mobile phone family plan that's data allotment was gutted by every member of the plan, I was down to the slow motion internet that AT&T gives you when you have blown through all of your high speed data before the month ends. This wasn't a huge deal, except that trying to stream a Beatles album on Spotify with slow motion internet simply doesn't work. Every 15 seconds the stream would pause and I'd have seven seconds or so of silence before the song continued. I tried to make this work hoping that it would get better for about three songs, but eventually I grew irritated and remembered that I have some music on my phone in a permanent form for just such an emergency as this. So I was forced to abandon my all Beatles all the time format from the past few weeks and pull out a little Blind Pilot for the simple reason that it would actually continually play rather than starting and stopping like a game of Red Light Green Light.

This was a hard run to dress for, because as I left the house for Wash Park, the temperature was at 27 degrees, but after one lap around the park, I had to abandon my sweatshirt due to heat. Spring can be a bit nutty, but anything which requires less warm clothing due to far less snow is my friend.

I almost picked a photo of the first pink tree of the season, but the photo was rather lackluster, as the pink tree barely qualified as a pink tree. A few pink buds were definitely present, but the explosion of color with which I associate late April was clearly not there yet. It has me worried that this year may have a bad pink tree season, which would make me sad. Although I'm not giving up hope just yet.  Still, I decided to go with this lovely photo of spring loveliness over an anemic pink branch. Hopefully the pink tree photos will be coming soon. 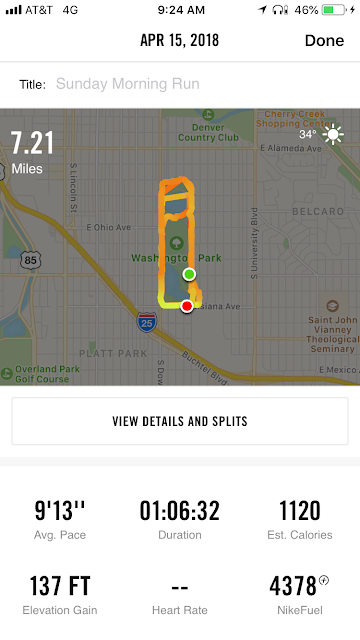