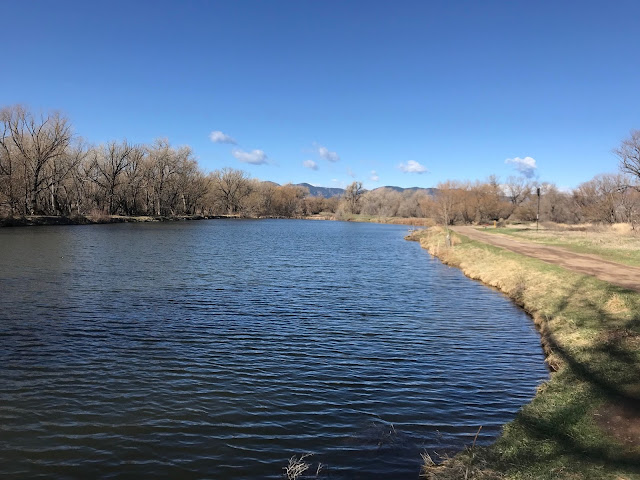 Okay, so it looks like I'm working my way through the entire Beatles Catalog now. Rubber Soul...quite good, but not quite on the level of Abbey Road or the White Album. It has some greats like Norwegian Wood, In My Life, and Nowhere Man, but also some real clunkers like Girl and Run For Your Life. Girl sounds lecherous and the lads make a sound that can best be described as uncomfortable many times throughout the song. Run For Your Life is basically a threat to kill a girl, which hasn't aged well and sounds positively barbaric in 2018.

In addition to running to yet another Beatles album, I also ran in a totally new section of Denver to which I have never before ventured.  I hit up Bear Creek Trail for the totally obvious reason of needing to catch as many Magikarps as I possibly could. (I am uncertain if Magikarp is already plural or if it needs an "s" at the end.) Pokemon Go is what got me to Bear Creek Trail, but an awesome running trail is what will likely bring me back some day. It's basically a three mile long park that is very short north to south and very long east to west. I also ventured into the Bear Creek Greenbelt a bit and saw a few cool little lakes. It was a glorious spot to run in which had the added benefit of being a Karp nest. 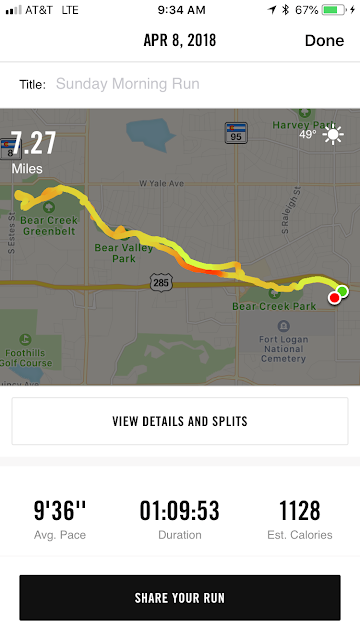