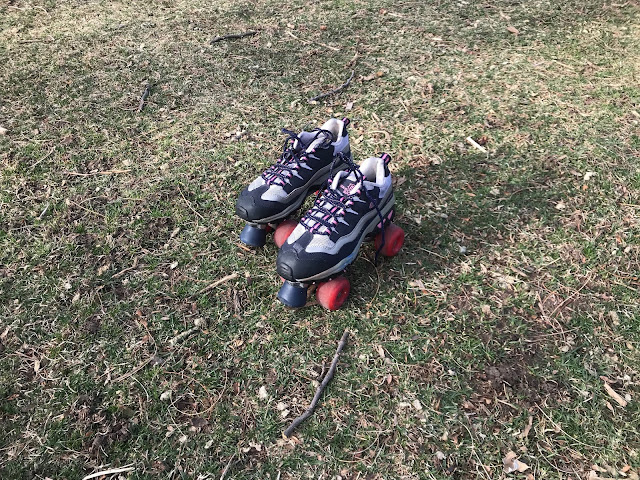 There is something uncouth about having Easter on April Fools Day. I don't care for it. Still, it happened, and I have to deal with it.

Denver began Easter morning with thick gray clouds covering the sky. Not a smidge of blue was showing through as I started my first circle around Wash Park. It wasn't cold, but it was very gloomy. Easter is usually super bright and sunny around these parts, and I was worried that we were going to have a miserable cloudy day, which is not how Easter should ever be. Thankfully, by the time I was finishing up, the clouds had entirely burned off. It went from not being able to see any blue in the sky to not being able to see any clouds in the sky. I was very pleased with the change as I headed home.

While running around Wash Park, I happened to notice that there were a pair of roller skates just sitting in the middle of a field in the park. There was no one near them for hundreds of yards in any direction. They were just sitting there. So naturally, I went to take a photo of them, because when you see abandoned skates in a park, it's the only sensible thing to do. No clue what was happening, but perhaps it was April Fools related. Very weird. 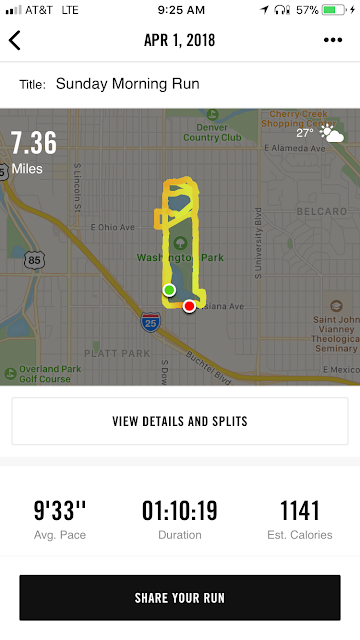