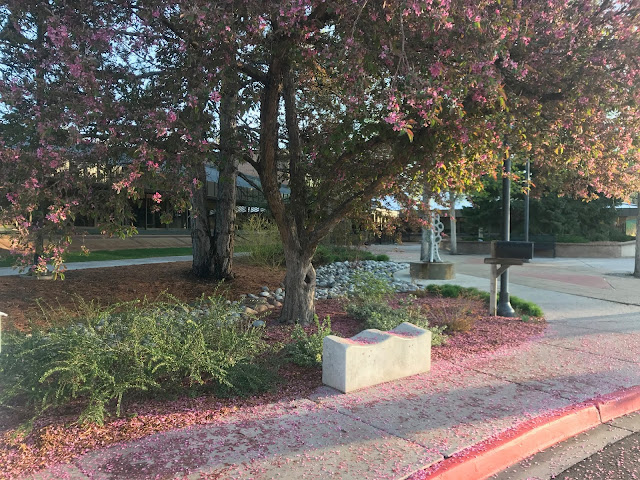 This outing turned out to be my final trek with my orange Mongoose bike. I rode it for less than 100 miles before it died. Please, let us observe a moment of silence for it's passing...

Okay. Now it's time to talk ill of the dead. My lovely wife, in an attempt to do something nice for me bought me a bike for my birthday last October, and as lovely and generous as that gift was, unfortunately, I got a bit of a lemon. This trip was it's final hurrah, and it went okay for the first ten miles or so. It was not going perfectly, as the bike was shifting pretty roughly, but it had always done that, so I didn't think too much of it. Then, almost at the exact moment I hit ten miles biked, the gears blew up. The shift guard that keeps the chain from flying off the gears basically exploded off the bike, and the chain jammed up and I was stranded several miles from home. For the second consecutive Friday bike ride, I called my wife to come pick me up because my bike had broken down. (Last week it was a flat tire.)

As Jen made her way towards me, I looked up how to try and fix my bike on YouTube, and just as she arrived to take me home, I figured out how to put it back together again to where it would ride. I felt a mix of excitement for having fixed it (or so I thought) and sheepishness for having my wife show up just as I no longer needed her. I handed her the shift guard ring that had flown off the bike, thanked her for coming, and told her I'd see her back at home.

I then rode down the Highline Canal Trail towards home, figuring I could make it back without issue. I didn't shift from Medium gear the whole time I was riding the trail, and the bike was working. Then, as I reached the bridge which served as my exit ramp, I tried to shift the bike into low gear to get up the steep bridge and on towards home. However, the instant I shifted the bike, the chain hopped off the gear and became wedged as if it were superglued between the gears and the frame. I could not unwedge it no matter how hard I tried, so I ended up walking the bike home the final mile in a state of severe annoyance. This barely used bike was unusable, and I was irritated because it should NOT have broken down after so little use.

The next day, I was able to get the chain loose by levering it out with a flat edge screwdriver, but as I put it back on the chain and tried to test the bike out, the chain would not stay on the gears if I ever shifted, so I was left with a bike that I could use so long as I never ever shifted it out of medium gear. This was unacceptable for obvious reasons, so I took the bike back to Wal-Mart (and a HUGE thank you to the store manager John who listened to my story and agreed to take the bike back despite the fact that we are waaaaaay past the 90 day warranty. That was awesome.)

So, the bike is now history, and the plan is to find a new bike in the near future, and hopefully it will be less of a problem child that this one.

By the way, the photo from this run is of all the pink blooms on the ground, washed away by a steady rain that fell all throughout the day before. We are deep enough into May that most of the pink trees are gone, which is kind of sad. It was a short pink tree season.

The map of the first 10 miles before the bike broke the first time. 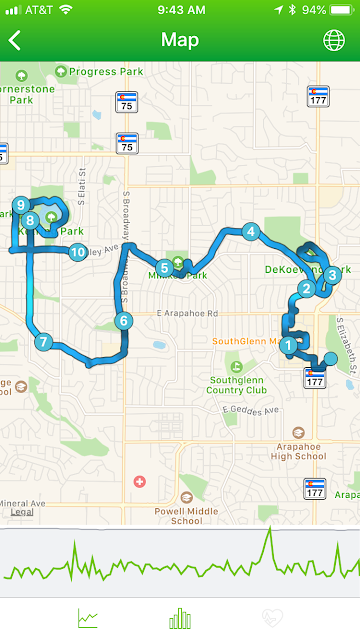 The map of the final couple miles the bike ever traveled. 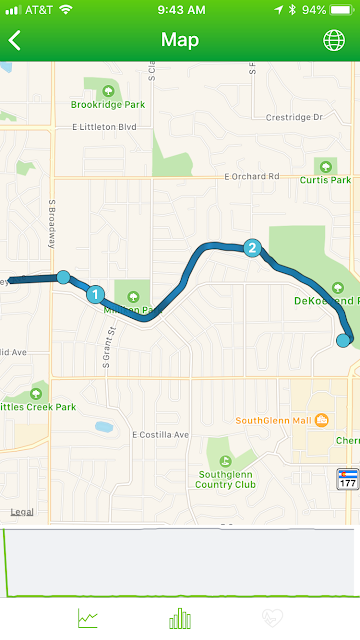