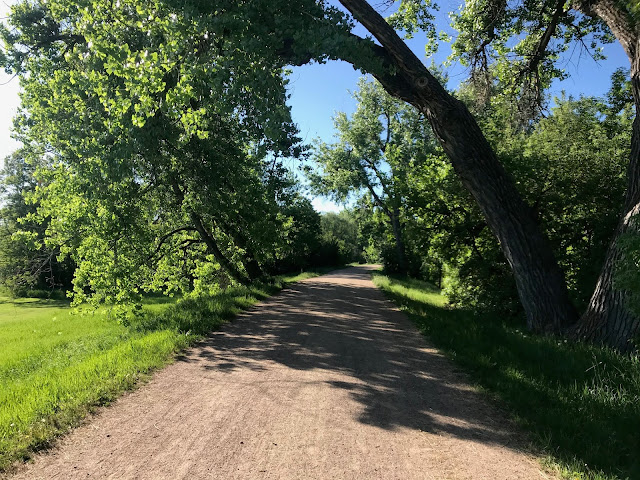 After not running at all since April 18th, I was able to make a limited return to action. The podiatrist recommended I take it slow at first, so I only did 2.25 miles, but it felt pretty good to be back. I could definitely tell that it has been over five weeks since I last ran, as my leg muscles were pretty stiff and I felt pretty badly out of practice, but it did feel pretty good to be on the trail again, even if it were only for two miles.

After my quick run, I jumped on the bike, and did another nine miles. It was a good mix of taking it easy along with several miles of really pushing myself on the Highline Canal. I noticed that I got much sweatier in 2 miles of running than I ever did with nine miles of biking. I am feeling great afterwards, with my foot having zero signs of pain, so I will continue to ramp up the running portions and decreasing the biking until hopefully I'm back to normal. Although, it is nice to have the bike in my back pocket as an alternative, as I have enjoyed that quite a bit. 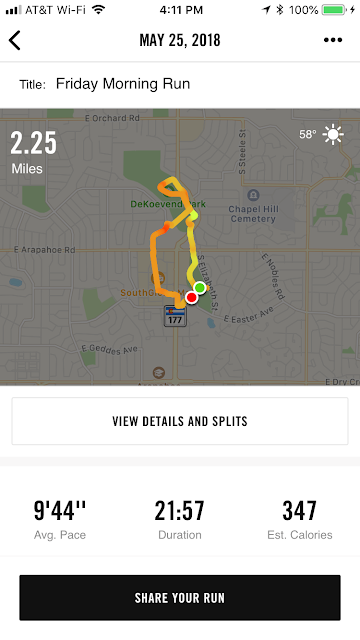 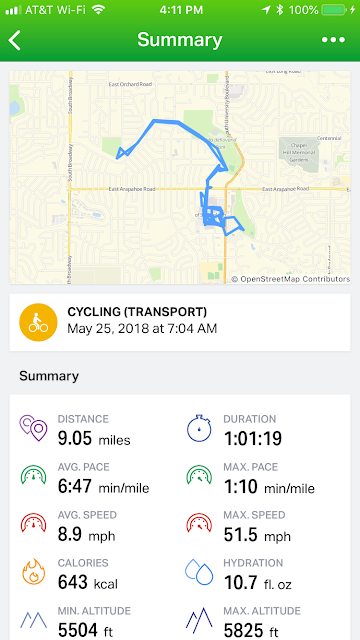 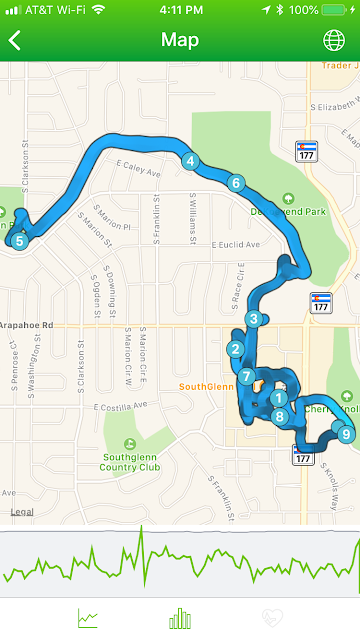