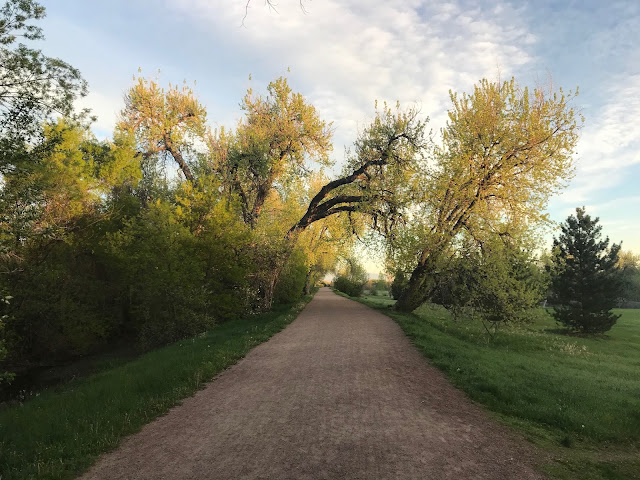 I had a meeting that I needed to attend early in the evening, which meant that if I was going to get out for a bike ride, I needed to get up early to make it happen. So I was out of bed at 5, and on the road well before six. Fortunately, it is spring, so the sun comes up early, and I was good to go.

I had been to the podiatrist the day before, and she told me that I could stop wearing the walking boot, which meant that this was my first day of returning to wearing normal shoes, so I was already looking forward to that. She had also given me a cortisone shot in my foot, and the result of that was that my foot felt better than it has in months. I still do not have the all clear to start running yet, but the healing signs are encouraging. Although, I do have to admit that I have grown rather fond of the added range given by a bike, plus it's fun to be able to go fast and zoom by runners that I could never keep up with while running. Still, I miss being out on my own two feet a lot, and I'm really looking forward to hitting the trails and pounding the pavement again. Someday soon, hopefully. For now, I remain attached to the bike.

This particular morning's photo came because I came to an immediate halt when I saw the bright morning light illuminating the tops of the trees. I knew I had to take a picture of it, because it was beautiful! 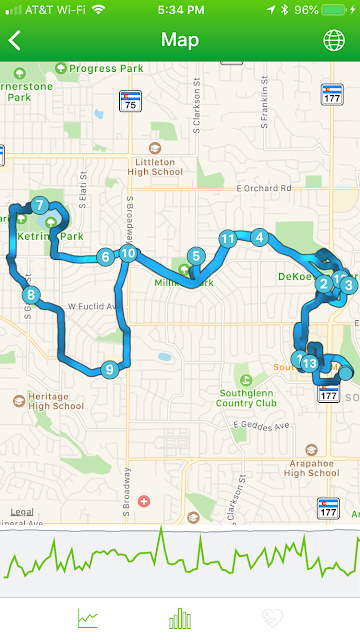 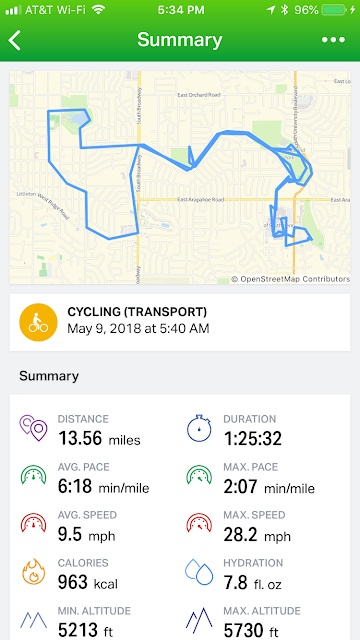