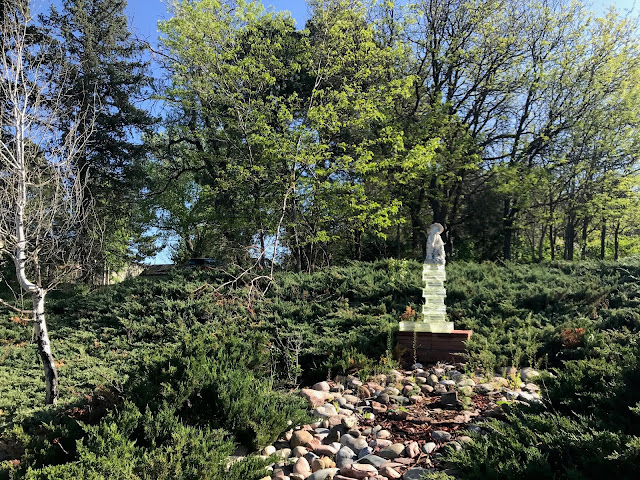 Somehow I did something that seems impossible this morning. I found an 18 mile route that is entirely uphill! Okay, that is definitely a bit of an exaggeration, but it certainly felt like I did very little in the way of downhilling this morning. I headed further east than I ever have before on my bike, and at one point I was much closer to work than I was to home. I thought about how I needed to ride six miles west and shower just so I could head back the same six miles east to go back to work and laughed at the absurdness of it all.

I was a little worried when I was on the wrong side of I-25 a littler later in the morning than I had hoped I would be that I might have gone out a bit too far, but fortunately the downhill stretch that I did eventually reach was in the homestretch, so I did find my way home in plenty of time.

Today's photo comes from when I briefly took a wrong turn and ended up in a dead-end cul-de-sac, and on a hill leading up to a huge home in the DTC area was this marble boy perched on strange clear plastic squares. The nature was lovely, but the statue was somewhat ridiculous. It was the wrong size and shape for the space entirely. This could be a very cool space for a statue, but it needs to be significantly larger than this silly thing. 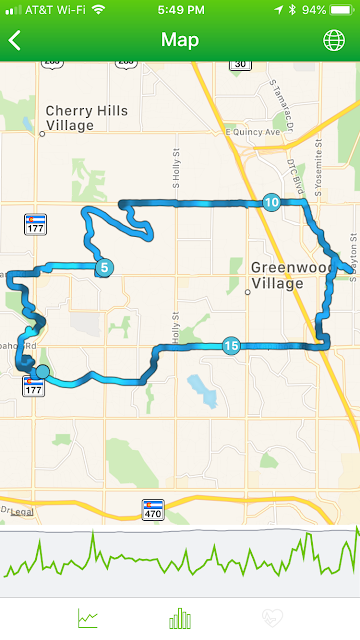 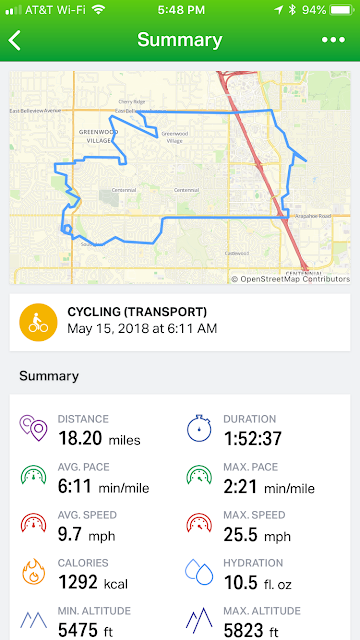