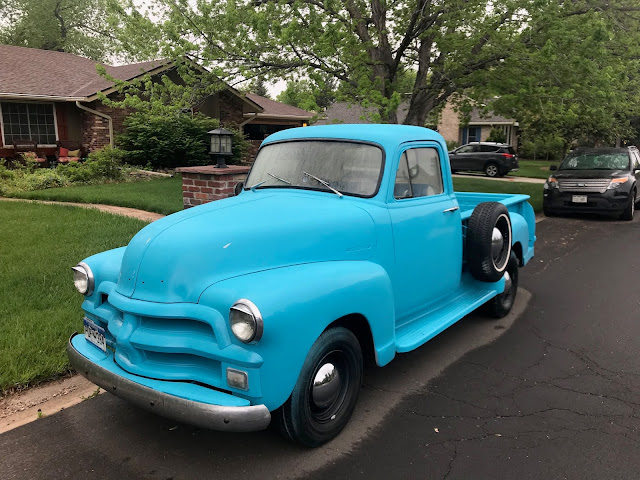 I awoke Sunday morning, and it was foggy out. Well, fog is maybe not the perfect description. It was more like a rain that was half falling and half staying in the air. I debated if I would go for a ride, but I consulted the weather app, and it appeared that it wasn't actually going to rain, so I decided to head west.

The weather app wasn't entirely wrong, it never poured on me, but there was enough moisture falling from the sky that for the first ten miles or so, I continually had to stop and wipe the droplets from my glasses. It wasn't a cold moisture, though. The temps were almost in the 60's, and the gray clouds made for a lovely day that was warm, but not too warm and bright but not too bright. It was a lovely morning for a ride and I had two ambitions. 1. Get to Clement Park and back 2. Get home in time to go purchase flowers for my wife for Mothers Day.

I was worried my determination to get to Clement Park might actually ruin my second ambition, but I was able to speed home with time to spare, so flowers were purchased and a lovely Mothers Day was had by all.

Today's photo is something I haven't posted in a while...an old timey truck! I loved the color of this thing, and it looked pretty cool sitting out on the street as I rode by, so I had to take a picture. 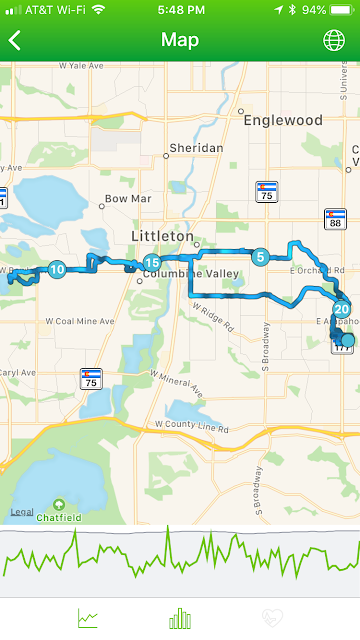 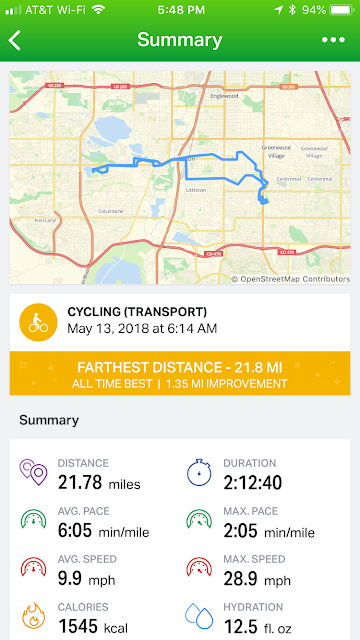