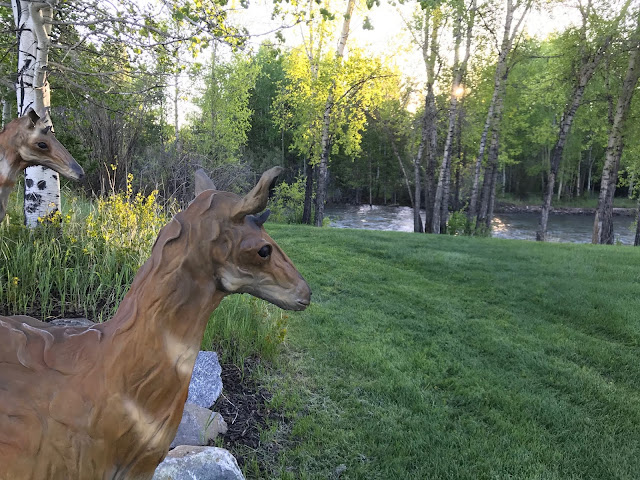 June 2, 2018
5.15 Miles in 50:48
Mood: Enjoying a charming town in the literal middle of nowhere.
Soundtrack: The Hamilton Mixtape

With this run, I add a 13th state to my Run and Shoot resume. I already had Colorado, Kansas, Washington, South Dakota, Illinois, Arizona, New Mexico, Louisana, Mississippi, Iowa, Florida and Pennsylvania. I now add Wyoming to the mix with this run in the quaint town of Pinedale, Wyoming. I had planned on running in Yellowstone, the destination that had brought me to Wyoming, but when I discussed this possibility with the locals, they said that it wouldn't be safe unless I took a canister of bear spray with me. Bear spray is very expensive, and not something I really wanted to run with. Also, I didn't want to run without it and risk becoming a bear snack, so I decided to forego running until I got out of bear country.

The town of Pinedale isn't terribly large, but they do have quite an interest in the arts, as there were murals and paintings and statues all over town. I almost decided to post a photo of a moose statue that is in front of a Chinese Restaurant, but I decided on the much more tasteful elk statues in a park in the center of town right next to the river. I also could have posted a fish collage, a painting of cows on the side of a building, a cool frontiersman statue, or several other murals that I saw all over town. There were a lot of cool objects in a town so small. I think my favorite fact about Pinedale is that it's motto seems to be, "All the Civilization You Need!" A motto which to me does not appear to be based in fact, but perhaps that is a matter of opinion.

Tiny towns are a great place to run when on vacation, as you can get an idea of the entire place in one workout. This place is pretty great, as it has a beautiful river going through the middle of it which one can run along with nice parks, a beautiful path beside the river, and the aforementioned art. I have no interest in living in a tiny town in Western Wyoming, especially as based on my drive through enormous stretches of vast wasteland, there doesn't appear to be another legit town within hundreds of miles in any direction. Wyoming is the least populous state, and wow could I feel that fact driving through it on Saturday. 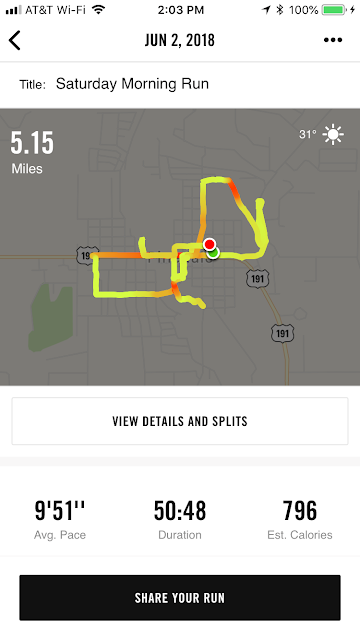