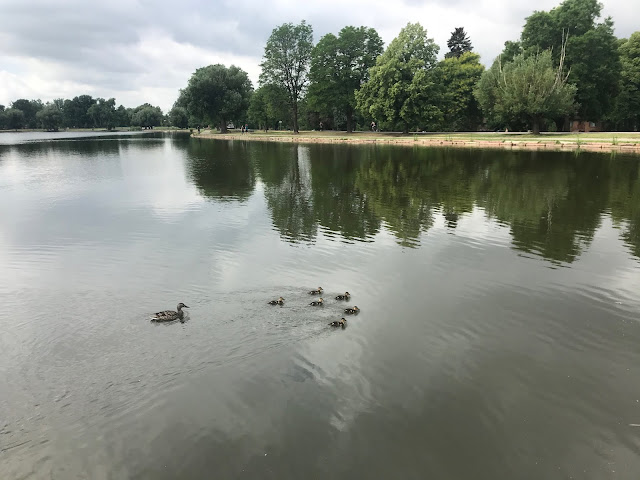 It has been a bit since I got in a run at Wash Park. Specifically, I hadn't run in my favorite place to run since April 15th. I was overdue and excited to get back to it. It felt very good to be back in my happy place. I had biked around Wash Park a couple of times, but that is just not the same.

I was determined to get in at least seven miles this trip. And although I was running on fumes toward the end, I wasn't going to quit. Even though on my final lap around the park, I went about a quarter to half a mile without my tracker on. (See that unnatural straight line on the lower left hand side of the map that cuts through the park? That's the section that I missed out on because I didn't hit "Resume Run" when I thought I had.) So, in actuality, I did even more than 7.09 miles, but the rule is and always will be...it doesn't count if it's not tracked. I was irritated, but kept pushing at the end so I could get my 7. I felt kinda proud of myself when I was done, because although I was not at my best, I still accomplished my goal...and at a decent pace.

I was hoping to get a good photo of the ducks as seen above. The one I got was okay, but they would swim away from me just as soon as I approached with my camera. If I were just watching them from the path, no problem. The instant I took out my camera and pointed it at them, they scattered like roaches when the lights come on. I was getting irritated at the camera shy ducks, but the little ones were too cute to ignore, so I kept trying until I got an okay shot. 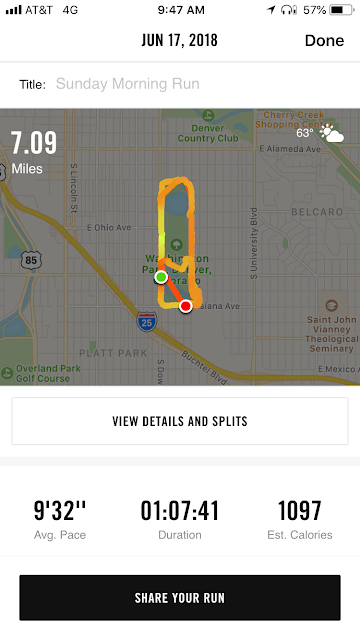