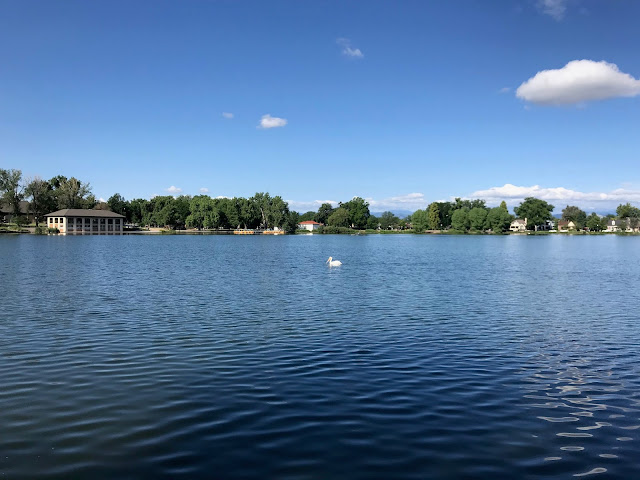 The choices for my photo today came down to wildlife. It was an inquisitive squirrel staring at me from his perch in a tree versus a giant Pelican in the middle of Smith Lake. The Pelican won, but it was closer than you'd think. That squirrel had some pizzazz.

I feel like I'm getting closer to normal every time I am able to get out and put in a good run. It's taking longer to recover from the foot injury and the ensuing running respite that accompanied it than I ever expected it would, but I'm getting close. The extreme soreness that was plaguing me after each run is abating to a normal amount of soreness, I still get tired more quickly and require a few more breaks during my runs than I used to, but even that is improving. The fact that I have now run at Wash Park two consecutive Sundays is a sign that things are truly getting back to normal, and for that I am quite thankful. 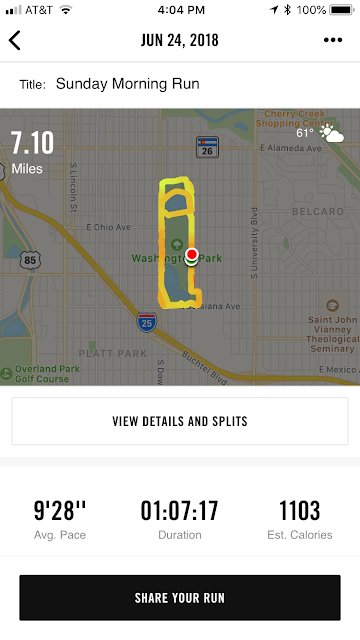