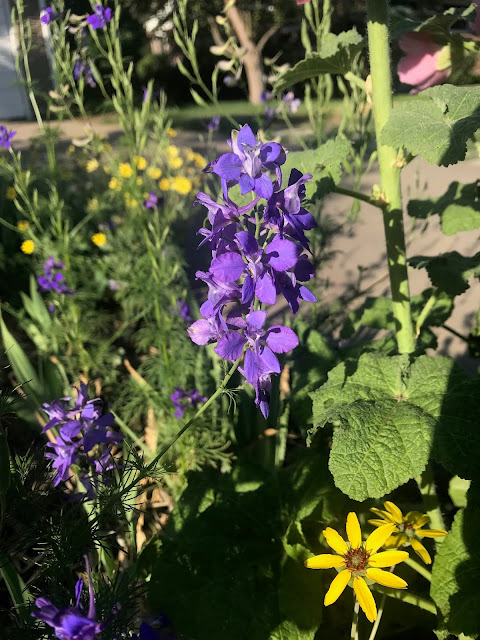 My family has been out of town for a week, and I am so thankful they are coming back. 1. I miss them very much, but 2. I sleep better when they are here. Thanks to my fitful sleep of the last week, I was pretty tired as I started out on this one. I didn't have too much energy to sustain any kind of pace, and I ended up walking long stretches of my trek to Ketring Park and back. Still, it was a nice morning as I listened a bit more to my Westworld pod, and then took in the new album from Panic! It was good, but it's such a short album. It feels like it ends six minutes after it starts. (To clarify, In point of fact it IS longer than six minutes.)

I guess I feel like taking photos of flowers this week. This yard was covered in flowers, and I took SEVERAL shots. 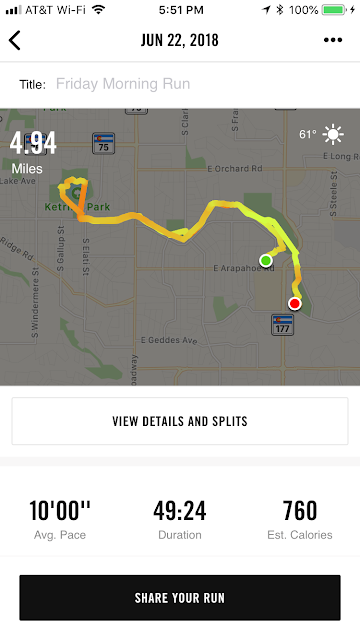