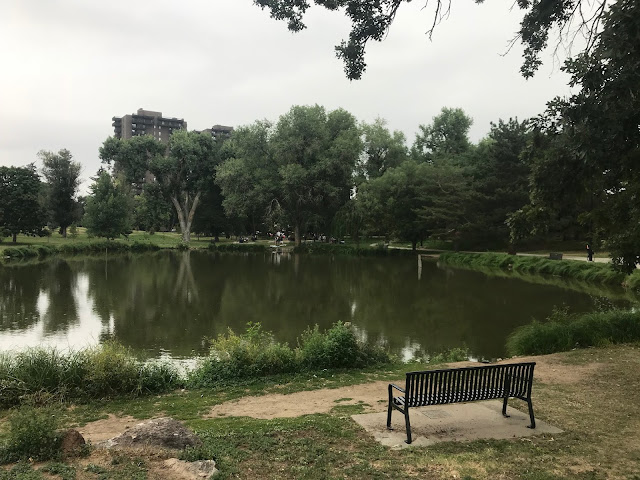 Spent the weekend in the mountains, including a 21 mile bike ride on Saturday, but I still wanted to get a run in at Wash Park for Sunday. The weather was cloudy, so the heat was much less of an issue than it normally would have been.

I began running, but quickly realized that two nights of sleeping on a pull out sofa bed combined with a pretty intense bike ride around Lake Dillon had left me with not much energy. I was feeling pretty tired and had a hard time getting into a groove. Then, about three quarters of a mile in, the heavens opened up and I was now tired AND getting wet. I made the executive decision to cut this short and call it a day, leading to one of the shorter runs I've ever posted. 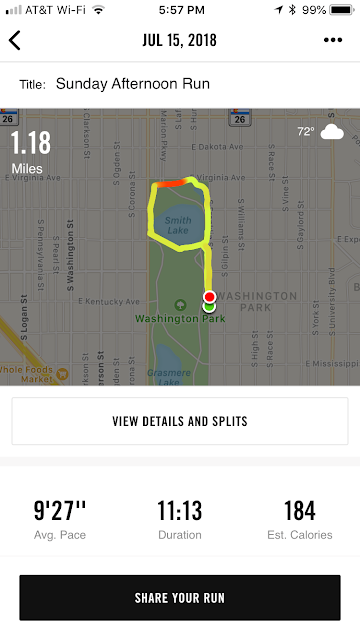