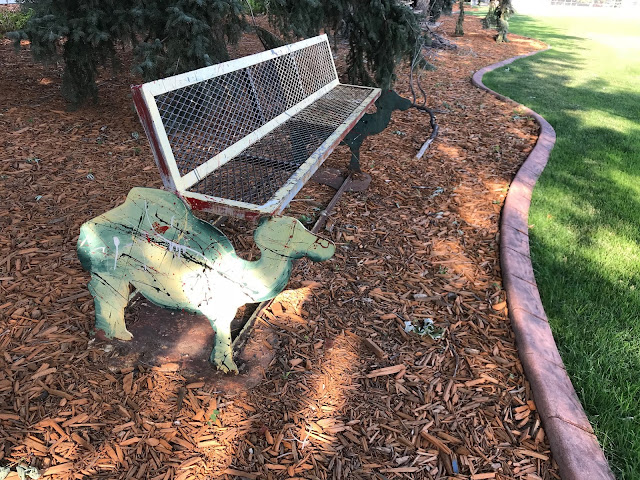 Thankfully, this run went much better than Tuesday's. I struggled at times, but I huffed and puffed my way to a respectable seven miles along the Highline Canal. At one point I diverged slightly off the trail to go catch a very rare Bagon in Pokemon Go, and when I did so, I noticed for the first time ever this bench which has camels as the side supports. I very much like camel benches...a fact I learned this very morning. Camel benches are infinitely better than boring normal benches.

I thought I might be extra tired after frolicking late on the 4th of July and watching fireworks, but I had no troubles getting up, and felt pretty decent as I ran. It was slow, but at least I had energy. I'm still clearly not back to where I was prior to the foot injury, and I'm beginning to think it's more mental than physical. Back when I had a long 100 mile streak to maintain, I had more motivation to drag myself out of bed as I wanted to keep it going. I need to get back into that groove so that I can motivate myself better. I'm still doing the dang thing, just not quite as motivated as I once was. 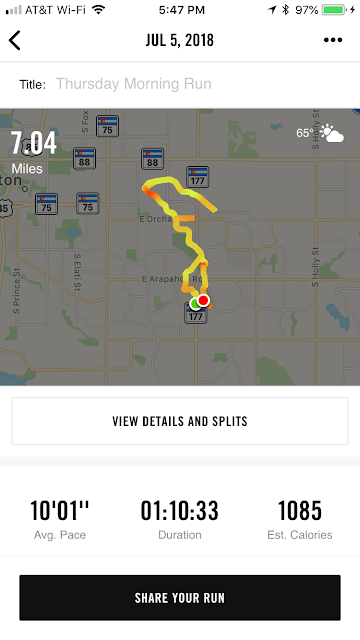