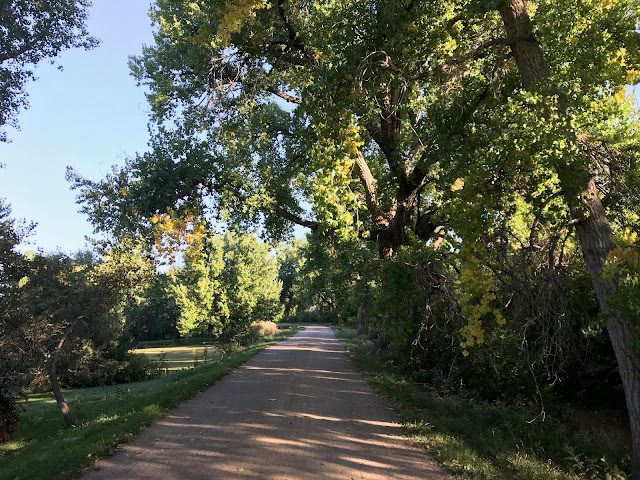 The Shins did this weird thing this year where they remixed every song from their 2017 album Heartworms (making them vastly different in the process), put them in reverse order, and released it as an album called "The Worm's Heart". I just discovered this on my run this morning for the first time, and after one listen, I am confused on whether or not this is good. I would say that Heartworms is a pretty good album, but nothing close to their best, and this new remix is definitely inferior to it, but it was also interesting hearing songs get totally re-imagined. It was definitely intriguing, but I am not sure I liked it, if that makes any sense. I'll listen to it again sometime and see if I can come to more clarity on my opinion, but for now, the review is mixed.

This morning's run had the advantage of being a gorgeous morning and the disadvantage of my left foot bothering me enough to the point that I had to take much longer walking breaks than usual, and I ended up not even reaching five miles. That was disappointing, but enjoying a beautiful August morning was good for the soul, even if it was less good for the foot. Seriously, just look at that sunlight in those trees and it will improve your outlook, even if just minutely. 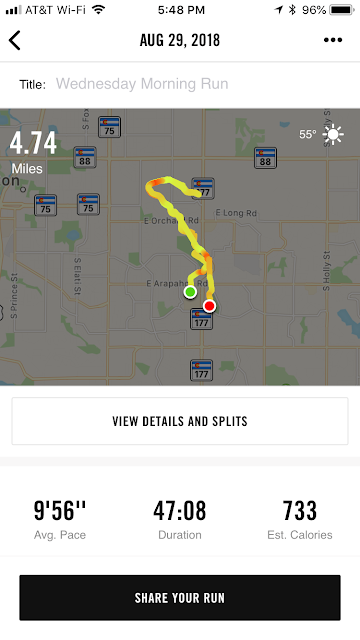