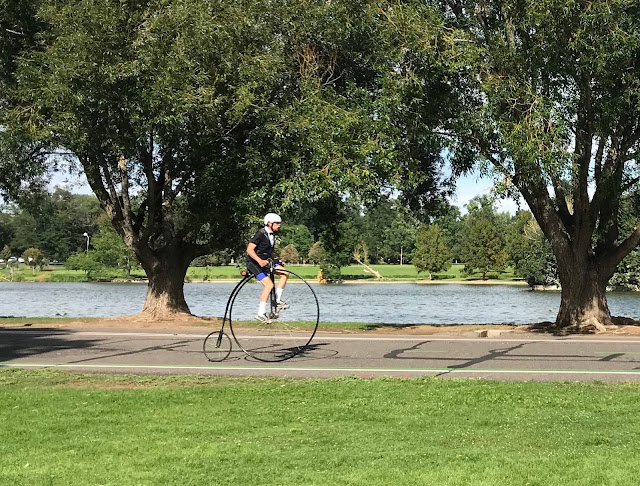 The photo above is of a 2018 era man riding what is known as a Penny-farthing bicycle. It is so named because it looks like two coins, one which is much larger than the other. It was the heights of fashion in 1878, less so 140 years later. First of all, it is important that you understand just how high up this guy is on his bike.  I would estimate his seat is 10 feet off the ground. I have no clue how one mounts such an outdated form of transportation, nor why one would do so. It looks astoundingly dangerous to ride this thing, and he was wobbling all over the place as he rode it, leading me to believe he was still mastering this crazy skill. This is a textbook definition of being a hipster, and rest assured...he had a large handlebar mustache, because of course he did.

While you might think I'm against hipsters doing things like riding bikes from the late 19th century, nothing could be further from the truth. He added joy to my life seeing him doing something so ridiculous. Long live the goofy hipsters! 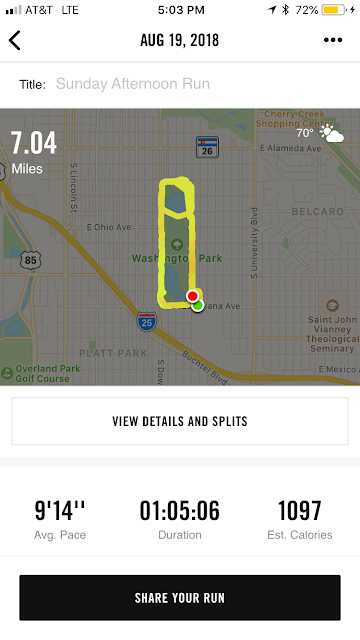