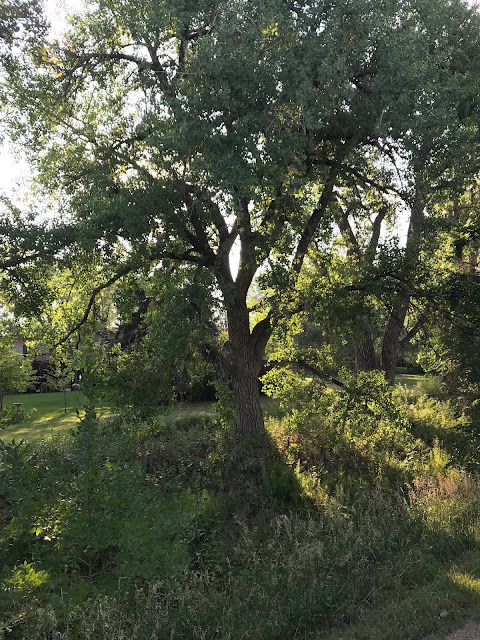 Two nights ago, my old blind dog got stuck behind our bed, and in her mania to get free jerked the cord to my alarm clock out of the wall. I reset it, but in doing so inadvertently transposed AM with PM, which meant that when my alarm was set to go off in what I intended it to be as this morning at 5:33, it actually was set to go off this evening at 5:33. This meant that I awoke at two minutes to six this morning, and was nearly a half hour behind schedule.

I thought about just abandoning running, but I really wanted to get out there after a long and arduous day at work the day before. So I hurried through my morning routine, and got out the door just a little behind schedule. This feeling of being a bit late actually helped, as it motivated me to push hard and run with fewer breaks, and I actually managed to break the seven mile mark this morning, which is my usual goal, but one I have not been hitting nearly as often lately.

My being in a hurry also meant that as I began my run about two minutes walk away from home, I declined to head back into the house to grab my earbuds as that would have put me further behind, so I ended up running with no music, which was actually a nice change of pace. Every now and then, it's good to actually hear the world around you while running. I did notice that many more bikers proclaim "On your left" than I realized and also many people say "Good morning" in a very low voice that I probably miss when I'm listening to music. (I wave to pretty much EVERYONE I pass, so I doubt too many people think I'm being antisocial when I don't hear them.) 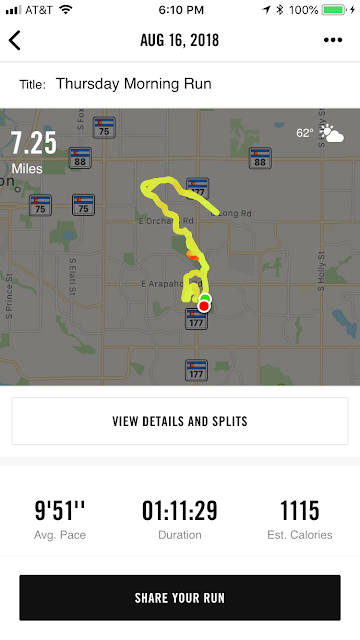