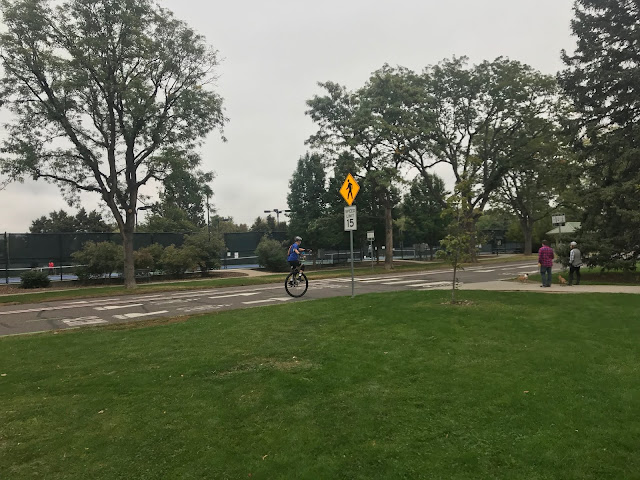 This was my final run as a 41 year old, so I wanted to make it a good one. It was a cool and gray morning at Wash Park, and as I got out of the car to begin my run, I quickly realized that I had forgotten my earbuds. This is always a bummer, as I don't mind running without music, it's almost always better WITH music. My disappointment quickly faded away as I began walking along the track on the outside edge of the trail, as I saw a man riding a unicycle around the street that circles the park.

I have no idea what drives people to ride odd vehicles around Wash Park on Sundays, but once again as with the penny-farthing bicycle, I was delighted. I tried to get a good picture of him right away, but he rolled his one wheeled vehicle away from me too quickly. Over the course of the next hour and a half, I saw him a handful of times from across the park, but never close enough for a picture. I figured I had missed my chance, but just as I was on the last tenth of a mile of my run, he can wheeling around the corner, and I quickly ran after him to try and get the best possible picture that I could.

This picture is not great, but is provides photographic proof that Wash Park is home to weirdos. The type of weirdos who would spend a few hours riding a unicycle for exercise. I hope his tryout with the circus goes well. 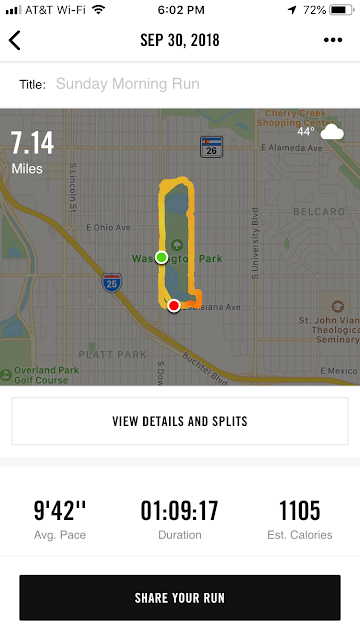