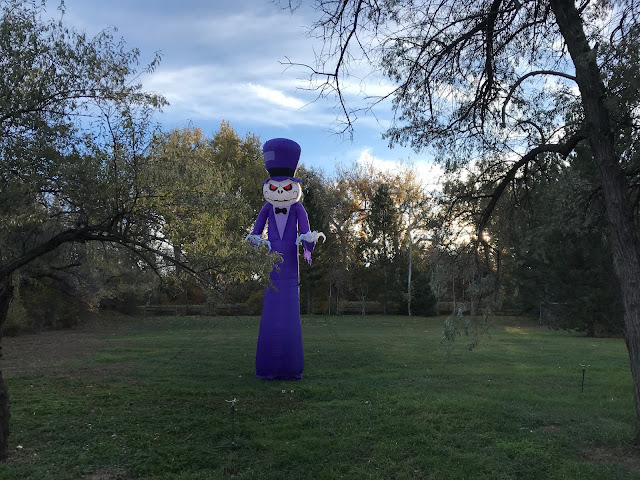 My left foot has been bothering me more and more after every run in the past month, so I have decided to give it a rest for awhile and hit up the bike again for a bit. This also allowed me to get much further north than I can usually get on a run, which was critical for finding Pokestops I have never spun before, as that is randomly a part of the Pokemon Go Halloween event special research. So, it was a win-win. I found some virgin stops, and my foot doesn't feel sore at all, despite the fact that I was able to get in some good exercise this morning.

The only downside to going hard on a bike ride is that it tired out my legs, and I accidentally fell up the stairs on my way up to the third floor at the building where I work. It didn't really hurt, so no bigs.

The coolest upside to hitting the road on the bike is that I found SO MANY cool Halloween decorations, although none could top this enormous purple inflatable monster just hanging out in a field. With the sun behind it, it looked super cool.

Oddly, I forgot to start my bike tracking app until a little over a mile into the run, and then I stopped it and forgot to restart it at the exact same spot. So although officially I only tracked 12.32 miles, it was probably closer to 15. The weirdest part is that I didn't intend to start and stop at the exact same place, but did anyway. 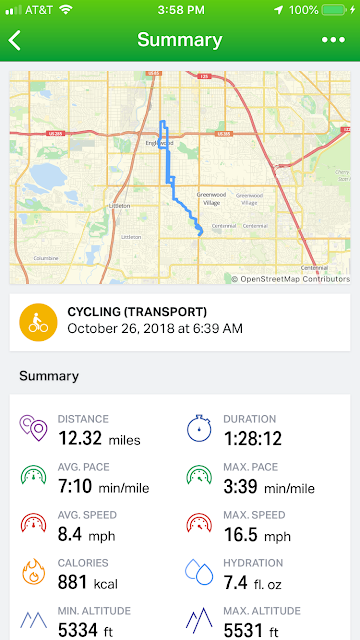