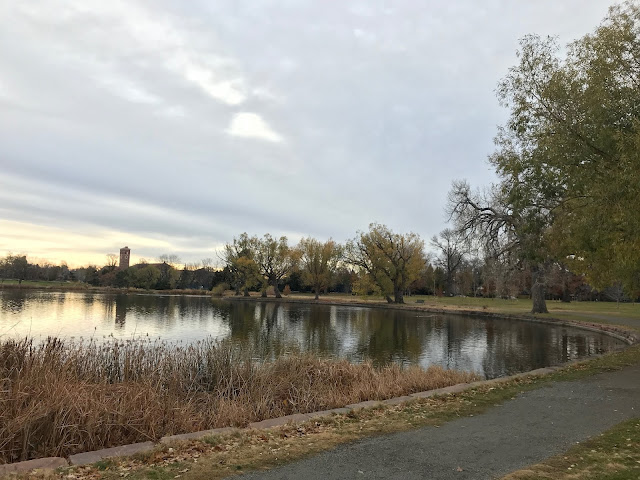 Man, it was a cold and gloomy Sunday morning. After a week of bike rides, I headed to Wash Park for a run because as I mentioned in my last post, I no longer trust it to actually work correctly. So although my heel isn't feeling 100%, it was feeling good enough to attempt a run. I wanted to get in some kind of exercise, and this was my best chance, so I made the best of it.

The run itself was pretty good, and on it I saw an extremely pregnant woman attempting to jog. This made me feel a little uneasy, as she looked quite uncomfortable, and I'm not sure if you should be out jogging on a cold Sunday morning during your final trimester, but there she was. Her pace was quite slow, but man, she was doing her thing.

My foot held up pretty well, with minimal soreness at the end. I pushed myself to try and get a full seven miles in, and that last half mile was a doozy, but I made it! Annoyingly, my wireless earbuds did not make it, as they crapped out in the last few minutes of the run, and I have not been able get one of them to turn back on at all since, so I think they finally may have died permanently. I've known that they were nearing the end of their life cycle, and I even purchased a new pair on Amazon last week because they were not holding their charge very well, but I had rather hoped that they would survive until the new ones arrived. I believe they are being shipped from China, so who knows how long it'll be before I'm back in business with usable earbuds. Hopefully soon! 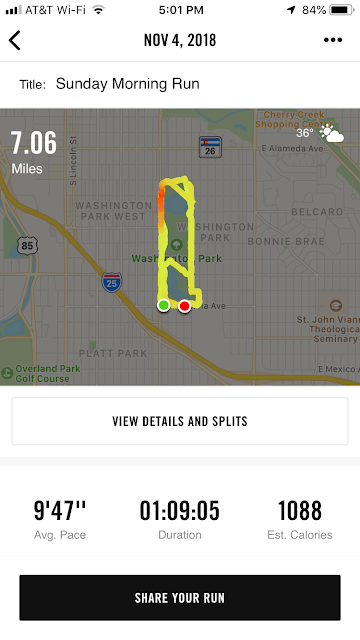