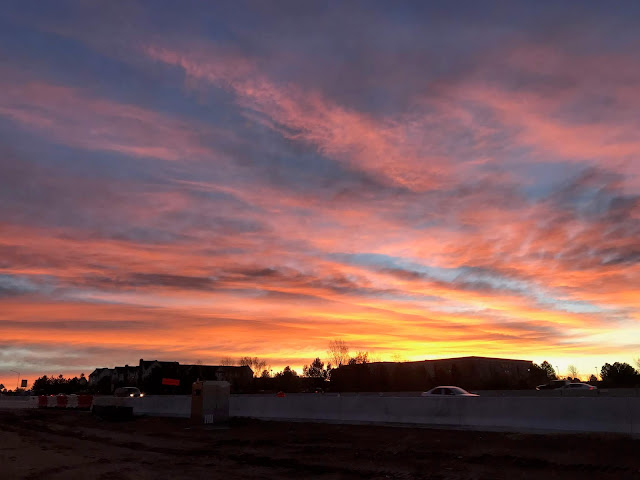 I'm actually thankful that Daylight Savings is ending this weekend, as when I went for a ride this morning, it was super dark for quite awhile before the sun finally made an appearance. Falling back an hour will help this issue for at least a little while until the days get so short come December that we'll be back to this same issue for awhile. At least the delay allowed me to watch a very pretty sunrise come up over C-470. A highway isn't the ideal location to watch the sun come up, but it was still quite scenic this morning.

I got a little bummed this ride, because I can no longer trust my trusty green bike. It has developed this nasty habit of occasionally allowing me to spin my pedals super quickly without actually providing any forward thrust. It's like whatever connects the pedals to the chain just stops working for a bit, and suddenly I have no ability to actually propel my bike forward. It first started doing this a tiny bit last week, but on this morning's ride there were four or five moments where it did this, and some lasted for five to eight minutes at a time. I am bummed, as I've been enjoying this break from running to let my foot rest a bit, but I don't feel like I can trust my bike, as I don't want to be ten miles from home and suddenly have a bike that won't work.

I broke a pretty major streak this morning. I DIDN'T listen to Twenty One Pilot's new album for the first time in quite awhile, and instead rotated in a little of one of my favorite bands The Avett Brothers. That new Twenty One Pilots album "Trench" is a beaut, though. I have yet to get really tired of it despite having it on nearly non-stop for the past several weeks. It's pretty darn great. 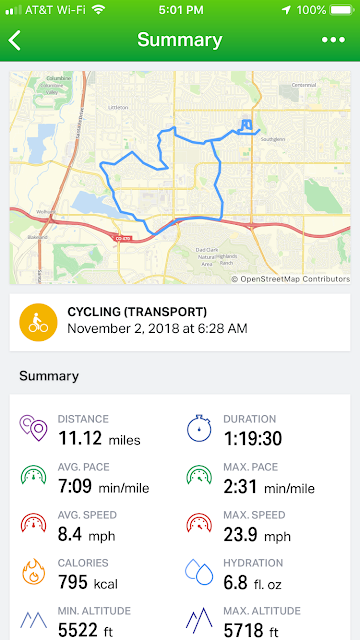