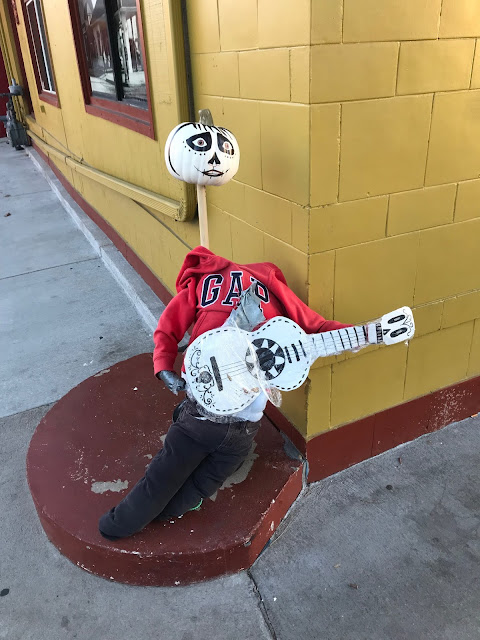 Even without music to accompany the trip, I took off in a tremendous mood on Tuesday morning, as it marked the first real occasion to take my new bike on a real honest to goodness ride that was more than just riding it home from the bike shop.

I decided to head west, and found myself in downtown Littleton where I saw this pumpkin which I think was supposed to be painted in the style of a sugar skull, but it was also attached to a stick which made it look like it was supposed to be a Mariachi, except that instead of wearing a traditional mariachi shirt, it was wearing a GAP hoodie, which seemed wrong. Anyway, there was a lot going on in this photo, so I had to share it.

After Downtown Littleton, I rode for awhile along the Platte River, and then went past Carson Nature Center, to the Highline Canal Trail, to the Lee Gulch Trail, to home. Having a bike that allows me to go faster and which is much easier to climb hills with was a godsend. It felt amazing to be unleashed with an honest to goodness good bike. I absolutely loved it! 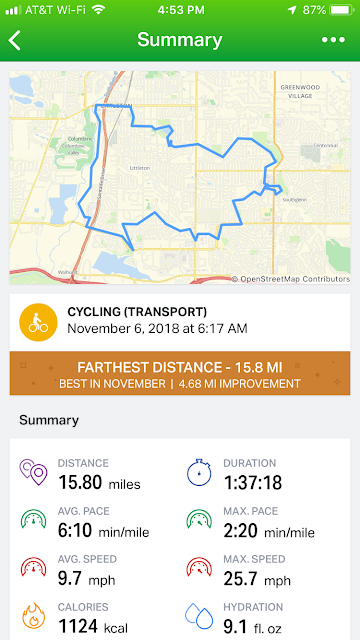 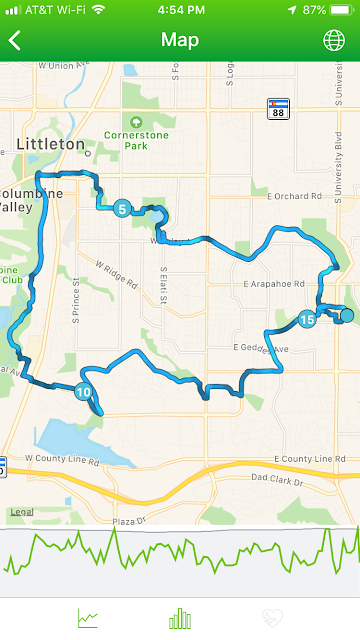